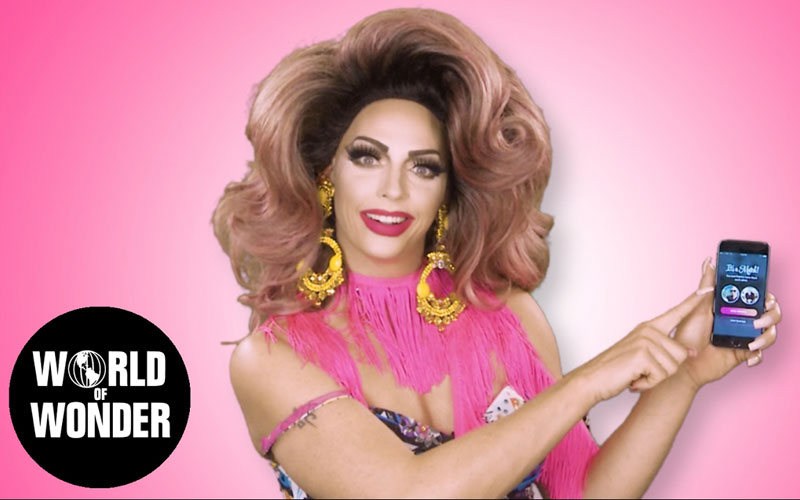 Alyssa Edwards in an episode of her WOW Presents series Alyssa's Secret.

Two former RuPaul’s Drag Race contestants, Alyssa Edwards and Detox, are getting their own shows. They won’t, however, air on television; instead, the show’s production company, World of Wonder, will distribute them via its YouTube channel, as part of a new push into digital content.

Here’s how the company describes the two new shows:

Detox’s Life Rehab features the quick-witted Detox from RuPaul’s Drag Race as she offers serious life hacks. The ultimate homemaker who always keeps her martini glass nearby, Detox will also welcome surprise guests to share their secrets on how to make life less of a drag when you’re in a time crunch.

I asked WOW when the shows will debut, and was told there are no release dates yet.

This isn’t the first YouTube show for Justin Johnson: Since 2013, Alyssa Edwards has had a digital series on WOW Presents called Alyssa’s Secret.

In a press release, WOW said that it had “explosive growth in its online presence in 2016,” including a 53 percent increase in views for its “19 weekly shows for its owned and operated YouTube channel WOW Presents.” WOW is bringing back Todd Radnitz, who was Bravo’s vice president for production, to be its new senior vice president of creative and digital, part of its efforts to “[ramp] up original programming across its digital platforms and WOW Presents.”

This is a smart move for WOW, and obviously a continuation of what they’ve done before, though both these shows seem like fuller, more fleshed-out shows.

I’m surprised Logo has passed by the opportunity to expand the franchise with similar types of series; they’ve only aired RuPaul’s Drag U and, of course, this garbage. Actually, no, I’m not surprised; for some odd reason, and far too often, Logo seems intent on undermining its best series.

Imagine a word in which Logo recognized the talent it had in former Drag Race contestants, and created shows for them to capitalize on both their popularity and how much their audience craves more Drag Race than one season a year.