What are the rules of CBS’ competition series Hunted? Other than a patronizingly oversimplified post on the show’s web site, the show has not been forthcoming about its rules.

That raises a lot of questions. Why wouldn’t you make the rules of a television competition clear? What is there to hide?

However, in a radio interview with B98.5’s Tad and Melissa show this morning, Emiley Cox and David Windecher revealed several rules that I haven’t seen discussed elsewhere.

And many of these rules seem to me to tip the competition even further in the favor of the hunters.

Here are the rules they mentioned:

Hunted’s rules make the game easier for the hunters 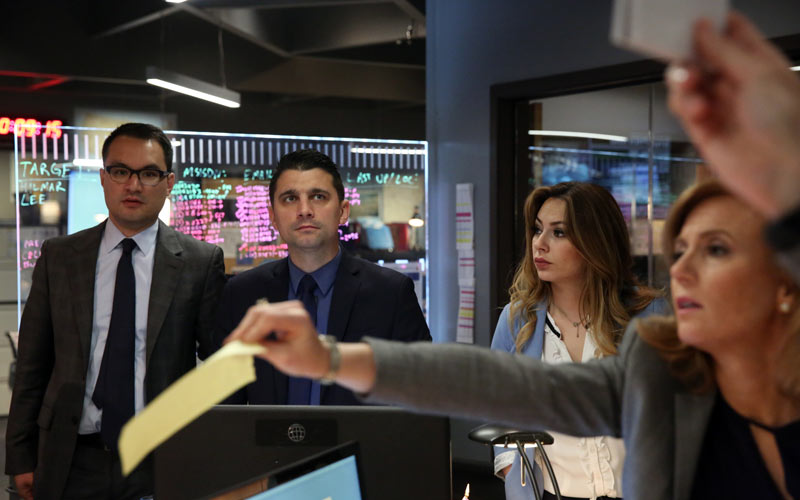 Let’s discuss how these rules benefit the hunters.

You may recall from my earlier reporting that the hunters are already at an advantage—as long as they make proper requests, they get information from the producers, such as copies of receipts or pretend surveillance camera footage.

They can even find things that real law enforcement couldn’t, such as by pretending to search a meta car rental database that doesn’t actually exist.

And then there’s all of this.

To that we add what David and Emiley described on the radio.

#1 That confirms what I previously reported: teams have to move five miles every two days. That prevents them from doing the obvious: finding a safe spot and camping, Alone-style. It’d be a successful strategy but a boring show.

#2 and 3 also seem designed to keep the teams moving, so they’re not just switching between two successful hiding places. It’s an annoying but perhaps understandable rule.

#4 is basically a requirement to tell the hunters where the teams are. Because using an ATM immediately pinpoints a team’s location for the hunters, and sends the hunters clear images (filmed by the show’s own camera crew), it’s an immediate giveaway.

Limiting the amount of money they can take with #5 makes it likely that they’ll have to use the ATM more than twice, because they can’t just withdraw their $500 at once, even though that’s what a real fugitive would do. One strategy might be to use two ATMs in close proximity to each other, but this rule prevents it.

First, I also completely understand that a television production may, in an emergency situation, need a mechanism to make changes. And all good shows learn from their mistakes and make adjustments.

But adding rules in the middle of a game seems absurd—especially when there’s a cash prize on the line, and fairness matters.

Second, while Emiley called it “the scariest rule,” she also said, “it really did make it more interesting.” David also defended it during the interview, saying that “it feeds the reality of the show” because if they were real fugitives, “you’re going to have to adjust.” He said the rule “made it even more fun.”

But let’s look at one example of how that blanket rule was actually used this season.

David and Emiley realized they’d have to communicate with family via burner phones, but also knew that the hunters would basically be given that phone’s information/location once they’d used it.

So they had a friend bring them “15 or 16 phones,” Emiley said. This was not included on the show, nor was another friend meeting them to give them another 15 burner phones. Brilliant—especially when the people they were communicating with also started using burner phones, making tracing very difficult.

At this point, they were obviously at an advantage, so the producers changed the rules. David said that specifically, producers “put a cap of $30 for gifts.”

To recap: A team is challenged to flee from pretend law enforcement for 30 days in order to win $250,000. One team devises a strategy to help them win. The producers decide that makes it too likely they’ll succeed, and change the rules of the game.

What if, on Wheel of Fortune, Pat Sajak told a contestant who kept racking up cash that they’d now have to spin the wheel five times before guessing a letter?

Fair games don’t change their rules mid-game to punish people who are playing the game well.

The more we learn about Hunted, the more it seems like a bunch of hooey.

Recommended for you: Fact-checking a scene from CBS’ Hunted: How does CBS’ Hunted work? How do the hunters get access to private information?