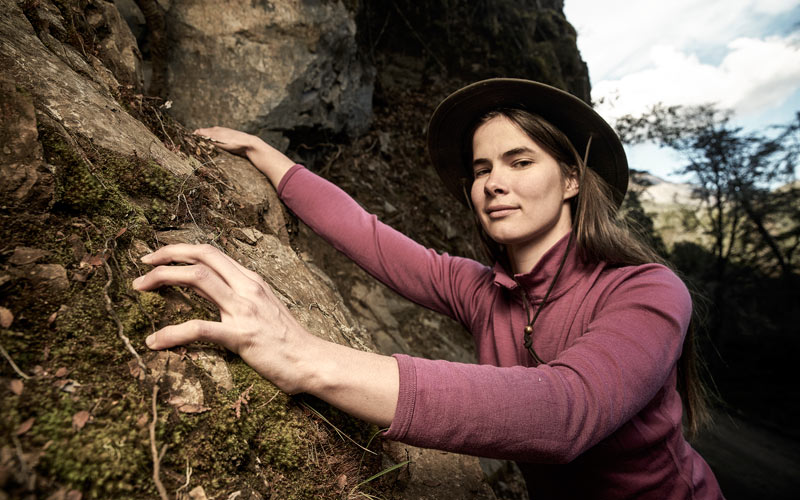 Zachary ended up winning the $500,000 prize for outlasting the others in Patagonia, Argentina, but only because the production’s medical team forced Carleigh to leave the competition on day 86.

First, Megan quit after 78 days, thanks to pain from a cracked tooth and a desire to see her family again.

Toward the end of the episode, the editing tried to make it seem like both finalists—Zach and Carleigh—were at risk of being pulled from the game. As they were checked by medical teams at their respective camps, on-screen text gave ominous warnings:

“Participants are automatically pulled at a BMI (body mass index) of 17 or less.”

“BMI is a measurement that determines how overweight or underweight a perosn is in relation to his or her height.”

“At a BMI of 17 and under, humans are at risk of comprehensive organ failure, resulting in death.”

After a commercial, of course, we heard a producer say, “The doctor has found that you’re in a critical zone. We’re going to have to extract you for medical reasons”—but it wasn’t clear who he was talking to, until the footage cut to Carleigh.

“At a BMI of 16, Carleigh risks permanent damage to her digestive and nervous systems and her eyesight.”

“I felt myself getting thinner. … I feel really good most of the time mentally, emotionally, spiritually. It’s really disappointing,” Carleigh told the medical team. Overcome with emotion, she said, “I guess this is what’s meant to be. I truly am thankful. And I have learned a lot while I’ve been here.”

As a result of her removal, Zach won automatically, because he was the only person left.

Carleigh was interviewed by Monsters and Critics, but for some reason there’s no mention at all of why she exited the game or what she thought about it. Why would someone not ask her about that?

Three of the 10 cast members this season were medically evacuated.