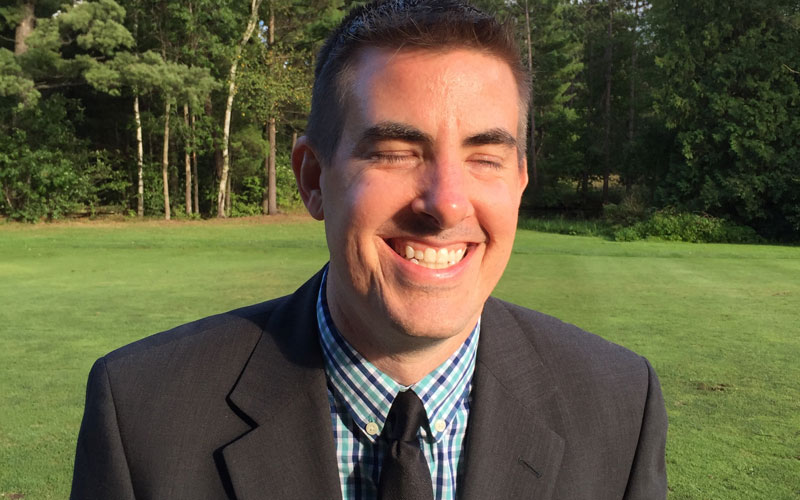 See below for an explanation about why my eyes are closed in this photo of me at a wedding in Wisconsin.

Happy New Year! I’m looking forward to a new year of reality television coverage. But before we get to that, there are a few things you should know, whether you’ve been a reality blurred reader for a few weeks or all 16.5 years (!).

I’m starting this year with a piece inspired by a columnist I frequently read and definitely respect: Scott Maxwell of The Orlando Sentinel, whose work embodies the best of opinion-driven journalism, a combination of deep reporting, thoughtful analysis, and clear opinion.

He begins every year with a column that, as he wrote this year, is “a tradition started by former Sentinel columnist Charley Reese who thought that, if newspaper columnists are going to tell you what they think all year long, they should first tell you where they stand.”

I believe the same is true of reality television critics—and all critics and journalists—though it has not occurred to me until this year to borrow heavily from Scott and produce a version for myself.

So here it is: a little about who I, Andy Dehnart, am, and where I stand.

I love television, and from the moment I saw unscripted television—The Real World Los Angeles, but preceded by appointment television such as Double Dare and Cops—I was spellbound. Everything I write about reality TV, including the harshest criticism, comes from that place of love, and for my desire for my favorite genre to be the best it can be.

Discovering journalism and desktop publishing in high school were the first classes that made any sense to me. I think journalists and the media play a critical role in our society and democracy, and that media literacy is more important than most other subjects.

It took me a while—until I was 23—to combine television, journalism, and publishing , and a little while longer to fully embrace my niche.

I believe television networks and the programs they broadcast are extraordinarily powerful, and have the ability to shape our society and world. Thus, I think they need to be held accountable for their actions by us: their viewers, critics, journalists, and anyone who cares.

I hate being lied to.

I believe in transparency, especially from the powerful. One of my goals this year is to be as transparent as possible about my work, because I realize that even in this little corner of the Internet, these words can have impact.

My goal is to gather and report as many facts as possible, but I know a lot of the time I write about what is probable or possible—unavoidable in an industry I cover is so ever-changing and also frustratingly self-protective.

reality blurred is published independently, which means I—and I alone—control its editorial contents. It’s supported by advertising revenue, including the anonymous survey questions. I have no control over what advertising or surveys appear on your screen, nor do I have access to the data that invisible things collect about all of us on the Internet. This is an imperfect model, but I’d rather focus on writing than selling sponsorships.

Some days, I’m embarrassed or frustrated by what I’ve written, or feeling inadequately equipped to cover the breadth of this industry. Most days I am immensely proud—and a little bit surprised—that reality blurred has lasted 16.5 years and is home to more than 14,000 stories that trace the evolution of this genre. They also illustrate the evolution of my thinking about reality TV.

I consider myself a writer first, though there are elements of journalism and criticism in most of my writing here. My errors make me better and my typos make me cringe, and I am immensely appreciative of those who point out either or both to me.

I also value discussion and the exchange of ideas about culture. I’m often sharing my responses to television, which isn’t me telling anyone else how they should respond or that they’re wrong. But I appreciate learning about how others’ respond, and am always open to considering other viewpoints.

While I’m definitely a visual learner, I also learn by debating, and even as I appear to stand my ground, I’m absorbing and thinking about counter-arguments. I’m always willing to change my mind, to be wrong, or to just not know. Admitting a lack of knowledge is underrated, though I struggle with the shame that can be attached to ignorance.

I am a registered Democrat, because in Florida, we cannot vote in primary elections unless we’re a member of a party. Otherwise, I’d be non-affiliated. I’ve voted for Republicans, Democrats, and independents from president on down throughout my voting life. I did not vote for the former star of The Celebrity Apprentice.

I’ve given money to the Student Press Law Center, my favorite charity and one that advocates for student journalists, and the ACLU, an organization whose defense of others’ freedom and liberty sometimes irritates me, which is one reason why I think they’re worth supporting.

I believe in equality for all people, and that our lack of empathy for each other one of the world’s most critical problems. I have a hard time finding empathy for people who abuse other people. I find stereotypes to be limiting, and it crushes me to see people limit themselves by acting out a role they’ve been taught by our society and culture.

A few shares of Disney stock my grandmother gave me as a Disney-obsessed kid have, thanks to corporate consolidation, turned into a few more shares of ABC, a network whose shows I often cover. The few dividend dollars that occasionally show up are not responsible for my love of Shark Tank, nor do they give me any power to do something about the sense I have that The Bachelor is insidious.

I’m a member of the Television Critics Association, a professional organization of 200+ people who cover television. It stages twice-annual press tours in Los Angeles, where networks present their new shows and offer opportunities for connecting with their producers, talent, publicists, and executives, sometimes over free cocktails.

The day I choose a free cocktail over writing what I think and/or know to be true is the day I will quit this work. My unwillingness to play the Hollywood access game—to write what someone else wants me to write in exchange for information or connections—has occasionally left me devoid of access.

I freelance for various publications, last year for the Los Angeles Times and Pacific Standard magazine. I value the opportunity to reach new audiences and the opportunity to work closely with editors, who teach me so much about their respective outlets and ways of approaching this work.

Other things you should know

I teach a few creative writing and journalism classes at Stetson University in Florida. In that work, I hope that I can give back a fraction of what I got from teachers in my life who didn’t just give dump information on my desk, but simultaneously affirmed the value of who I was, and what I believed; taught me new skills; constantly challenged my assumptions; and demanded that I improve.

My fiancé and I have two cats, though I have nothing against dogs (we had one when I was a kid), though I really like being able to leave my house for more than a few hours at a time.

I have at least seven e-mail accounts, because I like to keep various parts of my life and work separated into their own spaces. I try to be at inbox zero but don’t always succeed. When I see someone’s iPhone mail app and the red notifications circle has a number in the hundreds, thousands, or, yes, tens of thousands, it fills me with immediate anxiety.

I like flying Southwest Airlines, spend too much time wandering through Target, and am definitely a Chipotle apologist. Yes, please, to roller coasters, insane thrill rides, and Disney theme parks. Planning travel is one of my strengths.

My vice is sugar, but particularly Pepsi, the kind with sugar. I’m also a vegetarian, which people sometimes think means I eat healthy all the time. I became a more committed vegetarian after reading this.

I am terrible at posing for photos, and cannot produce a fake smile at all, so in most photos of me, I’m either laughing (see above, hence the closed eyes) or making a silly face. Also, I’d rather have fun.

This list of disclosures is a work in progress—as is all of my writing, as am I. Thanks for reading!