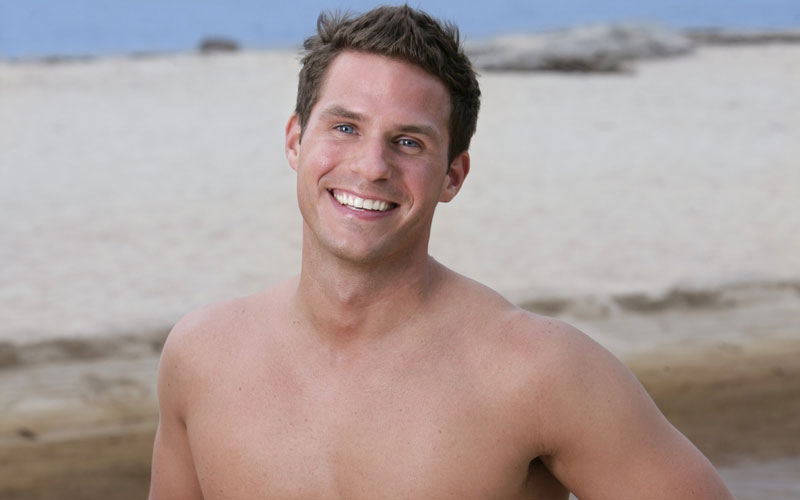 His obituary says only that he “died unexpectedly on December 31, 2016.” It notes that his “desire to be challenged and his quest for adventure lead to his participation on the reality show, Survivor.”

Dan, who was a lawyer, is survived by two young children, Reese Elizabeth Kay and Jackson “Jax” Russell-Reid Kay, in addition to his girlfriend, mother, and sister.

“I just heard the very sad news about the sudden loss of Dan Kay of Survivor: Gabon. The Survivor family sends our love to Dan’s family.”

Dan was the eighth person voted out of Survivor Gabon, which aired in the fall of 2008, and did not make the merge.

When I interviewed Dan prior to the game in Gabon, he was exceedingly friendly, and told me,

“I think it’s going to help my strategy that I’m nice. But you just have to remember that it is a game, and you can’t take anything personally. They want or need the million dollars more–or just as much as I do.”

After he was voted out, he told me that it’d be “a little bit shallow if I said [Survivor] changed my life,” but “I think it made me appreciate the simplicity of life and what you need.”

A memorial will be held Saturday at 2:30 p.m. at the Lambert Funeral Home & Crematory in Manchester, New Hampshire. The obituary says that “memorial donations may be made to Crossway Christian Church, 503 Main Dunstable Rd., Nashua, NH 03062, or a charity of your choice.”