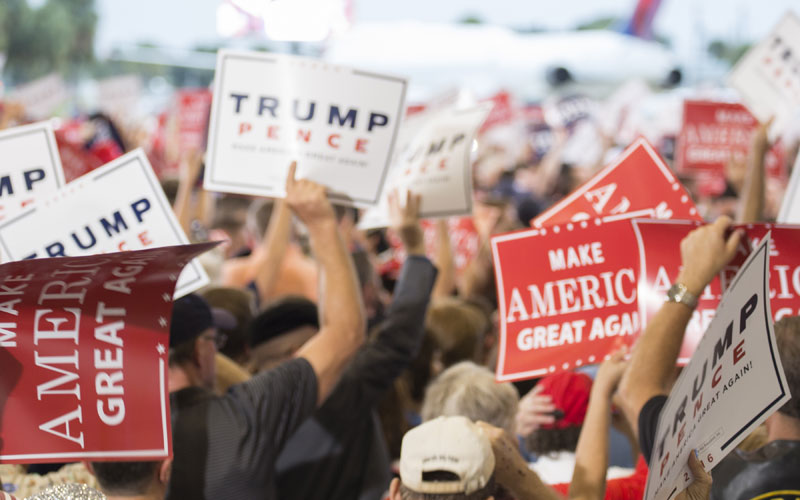 Supporters at a Trump rally from Showtime's The Circus. (Photo by Laura Hudock/Courtesy of Showtime)

A feature-length documentary about Donald Trump’s path to the presidency will air at Sundance and then on Showtime, and is the result of unused footage from one of last year’s best unscripted series, The Circus.

Trumped: Inside the Greatest Political Upset of All Time, premieres at Sundance later this month, and then on Showtime Feb. 3. The show comes from the same team that produced the documentary series.

The feature documentary will use “an incredible treasure trove of never-before-seen footage secured during the making of The Circus,” according to Showtime. The focus, however, will be on Trump: “the documentary will follow the rise of Donald Trump, from the primaries through the debates, to the dramatic election night results.”