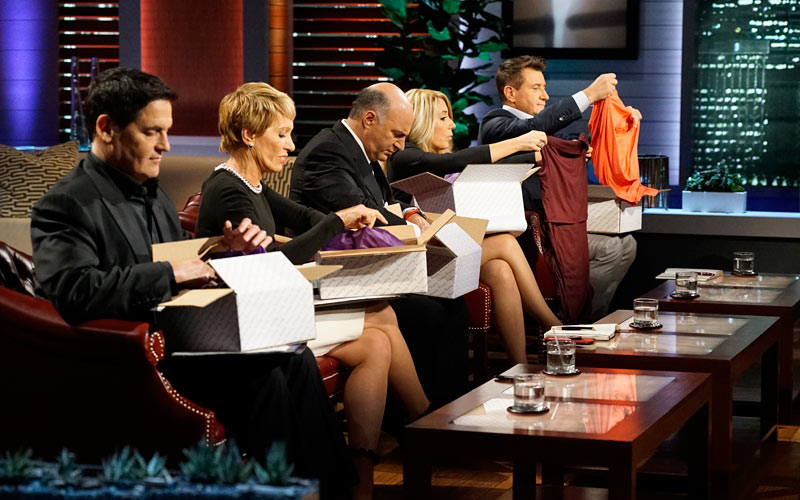 Since Shark Tank first debuted in 2009, it has stuck pretty rigidly to its formula. With the exception of shuffling sharks around, and occasionally bringing in guest sharks (or a semi-permanent guest shark), the show has remained the same. That’s okay, because the formula works, and what’s different or fresh about each episode comes from the pitches and negotiations.

This season, however, Shark Tank introduced a few subtle changes and one new segment, and as small as they are, they’ve added a lot to what’s already a great hour.

Instead of the predictable update on a past deal, that segment has been filled a few times this season with profiles of the sharks. These are brief but substantial bios, and they’ve been surprisingly emotional. Tonight, it’s Barbara Corcoran’s turn. Here’s Daymond John’s from earlier this season:

Along with those segments, Shark Tank has widened our look into the tank just a bit, but it’s allowed us to see three things we mostly have never seen before:

I’ll admit that my initial reaction to #3 was cringing: People about to pitch the sharks were filmed backstage from a camera that seemed to be placed overhead, and it wasn’t clear they knew they were being filmed. Of course, you’re on a set, you should expect that cameras are rolling, but since the show has never before included backstage shots, why would anyone expect to be filmed before walking down the hallway past the video screen aquariums?

Those moments acknowledges how difficult their task is: face a line of questions from people who can make or break their businesses, and also perform for an audience who may be convinced to buy their product even if they don’t get a deal. That’s a lot of pressure.

Meanwhile, the extra footage of the sharks breaks the fourth wall a little. It’s also humanizing to see their interaction and rituals in these moments that wouldn’t previously have been filmed. I wonder if they—and the entrepreneurs—will change their behavior and be more “on” next season as a result of knowing this kind of footage may make the show. But for now, it’s a glimpse behind the curtain, and behind the formula.