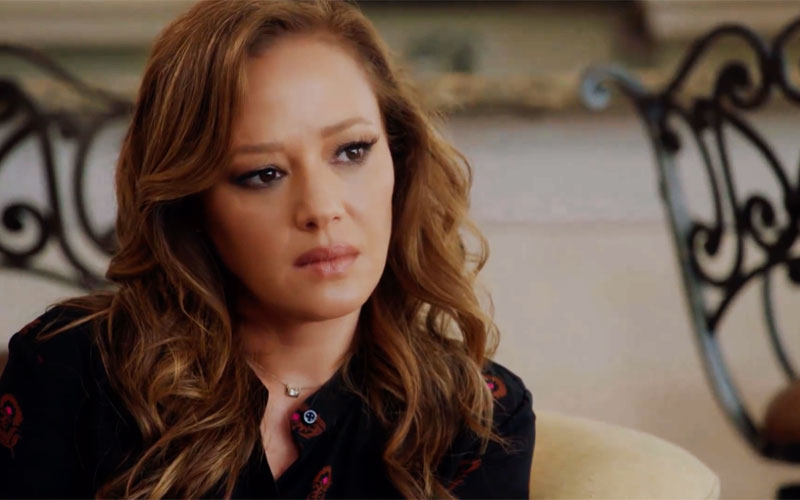 Leah Remini in a scene from A&E's series Leah Remini: Scientology and the Aftermath

“I don’t want you fucking up this show, or A&E to fuck up this show,” Leah Remini tells showrunner Alex Weresow in the third episode of her series Leah Remini: Scientology and the Aftermath.

In presentation and content, Scientology and the Aftermath feels similar to Hoarders, A&E’s reality television show that experts credit with creating mainstream understanding and acceptance of a mental illness that previously didn’t even have its own classification in the DSM. It does now, and the show has literally changed lives, helping families to understand those close to them who are suffering.

Here, instead of piles of trash illustrating mental illness, a documentary-style reality series gives us first-person stories illustrating the abuses of an organization they once deeply trusted. The pain they’ve felt—and, in some cases, the pain they caused by carrying out practices inside the church—is in every frame.

One difference, however, is that a lot of the information in Leah Remini: Scientology and the Aftermath has been well-reported before.

Leah Remini previously told her story in Troublemaker: Surviving Hollywood and Scientology, and the HBO documentary Going Clear, and the book it is based on, in addition to reporting by the St. Petersburg Times, have presented thorough, public, high-profile examinations of Scientology and its horrors.

Yet the A&E show—which had the network’s highest-rated premiere in more than two years—is also a compelling and even vital series. Whereas there’s breadth to previous Scientology-focused projects, this show offers depth. Alex Gibney’s Going Clear included people’s horrifying stories, but only had 120 minutes; this series is, at least right now, eight hours long.

Episode after episode, there is story after story of violent punishments and disturbing practices, including psychological abuse. Family members are turned against one another, used as tools but leaving deep, open wounds. The stories are devastating.

That’s the power of this kind of storytelling: the stories arrive one after another, waves of horror and pain. Eventually, hopefully, they cause erosion.

Scientology’s response, in every episode

Each episode focuses on a different person and/or family as a lens through which to examine a different aspect of Scientology. And each act begins with a disclaimer that the Church of Scientology has not participated in the making of the series, though they have responded to it.

The show presents Scientology’s responses and perspective in clever ways. Before someone is even introduced, Leah Remini sits in a dark studio and reads excerpts from Scientology’s letters that attempt to discredit every person featured in the show (A&E has published those letters in full). There’s clear contrast between Scientology’s villainous portraits and the people we then meet.

All of this illustrates Scientology’s power—and its efforts to discredit its critics. As these disclaimers and breathless warrants detailing people’s alleged crimes build up, we’re left with two options:

The church is also attempting to discredit people whose claims include detailed evidence—including footage—about how the church works to discredit its enemies. We’re told repeatedly that questioning the church makes one an enemy of it.

The series is produced by The Intellectual Property Corporation, the new production company founded by Project Runway and Project Greenlight creator Eli Holzman and Aaron Saidman (who oversaw production of shows such as Undercover Boss and the wonderful, underrated series The Pitch at their previous home, Studio Lambert).

Its showrunner, Weresow, appears on screen several times, one of the many ways the show breaks the fourth wall. Some series do that to build artificial credibility, but here it really feels like we’re seeing Remini and the producers grapple with just how to present such an overwhelming amount of information. We also see people who are just overcome by emotion as they talk about what they experienced and need to take a break.

In her studio interviews, Remini explains Scientology to those who might not know much about it, but also talks directly to those who do—members of the church, who she flatly tells they’re victims of a cult. “Fight for your family. Get them out of this thing,” she says at one point.

Her pleas are compelling. So are her admonishments, such as when Remini explains to those who laugh at Scientology’s beliefs (see: South Park’s Scientology episode) that we’re laughing at people who are victims.

Remini alternates between frustration and anger is clear, but it also all feels justified. “Fuck you. The whole game they’ve been running and getting away with, it’s done,” she says. “Now you’re going to be exposed for the shit that you do.”

They are, again and again. And perhaps this series will have an effect; perhaps reality TV can do more good.

“I’m going to tell these stories,” Remini says, “in hopes that people wake up and go, Okay, somebody needs to do something about this cult.”