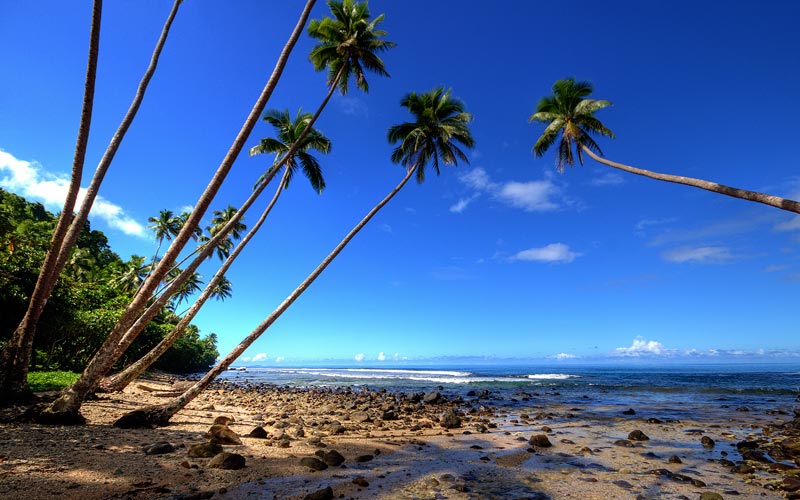 An image from Taveuni, one of Fiji's islands. (Photo by Björn Groß)

MTV’s next new reality format—Stranded with a Million Dollars—has been announced, and sounds like a combination of three successful reality series: CBS’ Survivor and its challenges and $1 million prize; Alone, the survival series that gives its prize to the last person to tap out; and The Challenge, an aquarium that keeps former MTV reality show cast members safely out of regular society.

The show—which gives strands 10 contestants for 40 days and the chance to win $1 million—was first announced last April, and now has a debut date, Feb. 21., and lots of new details.

Here’s how MTV describes the show:

“The series drops 10 adventurers on an island with nothing but the clothes on their backs and $1 million in cash. Those who survive for 40 days filled with gut-wrenching journeys and demanding physical challenges will split the money as their prize. The catch? They can buy all of the survival supplies and creature comforts they desire, but everything is crazy expensive (think $30K for a tent), all decisions to make a purchase require a group majority and the cost comes out of their shared prize money.

The participants are free to leave the island at any point by shooting a flare gun indicating they’re ready to throw in the towel and leave their pride and accumulated cash behind. Friends and foes are forced to work together in an intense group dynamic that test psychological limits, pushes personalities to the brink and leaves everyone wondering who, if anyone, will make it to the end in this genre-busing series that would leave Katniss Everdeen breathless and the Lord of the Flies boys running for the hills.”

Just long as you’re not going to over-promise or anything.

Filmed in Taveuni, Fiji, last April and May, Stranded with a Million Dollars was primarily shot with locked-off surveillance cameras and drones, so there won’t be a crew.

The show is executive produced by Kevin Lee, via his production company Tollbooth TV; Lee previously was the showrunner on series such as The Simple Life, The Rebel Billionaire, and The Real Housewives of Orange County.