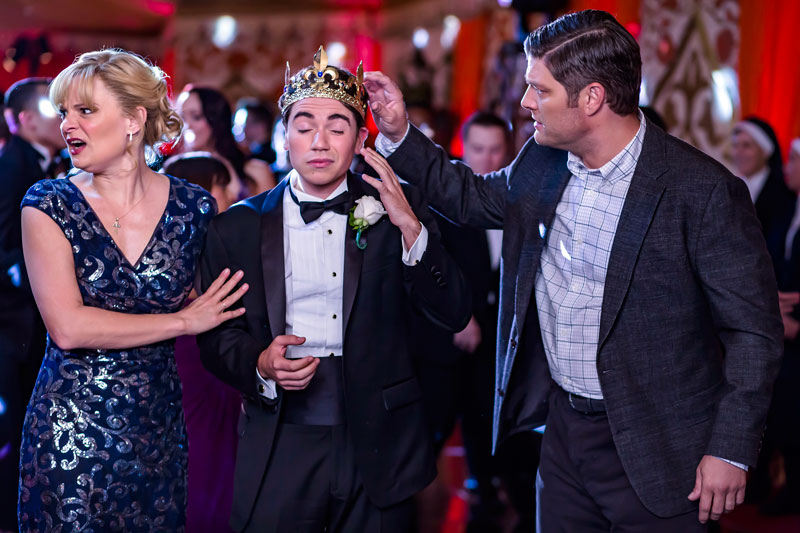 If you haven’t heard, teenagers don’t just ask each other to prom any more: they propose. And they don’t just propose to one another in private, but do that in very public ways. That is a promposal, which is also now a word.

The New York Times Magazine did a piece on the trend last year, and it is so common and ridiculous that it was sitcom fodder for the first-season finale of ABC’s The Real O’Neals: the show’s gay main character and his straight brother both planned promposals.

Enter MTV, which is now casting for Promposal, which is going to help this ridiculousness spiral out of control by giving promposals a huge platform.

The idea of a promposal might be charming, but they’re now the most expensive part of prom, thanks to companies taking advantage. A VISA survey found that the average promposal cost $324, according to Bloomberg. One New York company “charges $495 for a concept design and a minimum $2,500 for executing the promposal,” the site reports.

The idea for a show is, I admit, smart: teenagers are already planning, executing, and filming promposals, and then sharing the results with each other. Why not give them the chance to share their promposal with an even larger audience?

But should we really give teenagers another reason to put pressure on themselves—and financial pressure on their families? Doesn’t this just create even greater expectation and more pressure for kids? How do you compete with the kid who has an MTV show’s camera crew filming (and paying for?) their promposal?

Doron Ofir Casting is searching for people who want to appear on the show, and for all the reasons cited above, reading its casting announcement made me dry heave a little:

Promposals, a phenomenon that has taken the internet by storm, is now a television series featuring the most creative, most romantic, most over the top and outrageous promposals ever imagined! If you have a master promposal plan, MTV will help it go viral and prove your swag to the world.

Doron Ofir Casting is searching nationwide for high schoolers who are attending their upcoming prom, but who have yet to ask out their date and are planning an epic ask.

Doesn’t the journey on your final rite of passage deserve the most Instagram-enviable moment, that’ll make all your Snapchat followers comment #LoveGoals when they see just how sweet and thoughtful you can be?! Make your promposals a once-in-a-lifetime opportunity to ask your date to prom.”