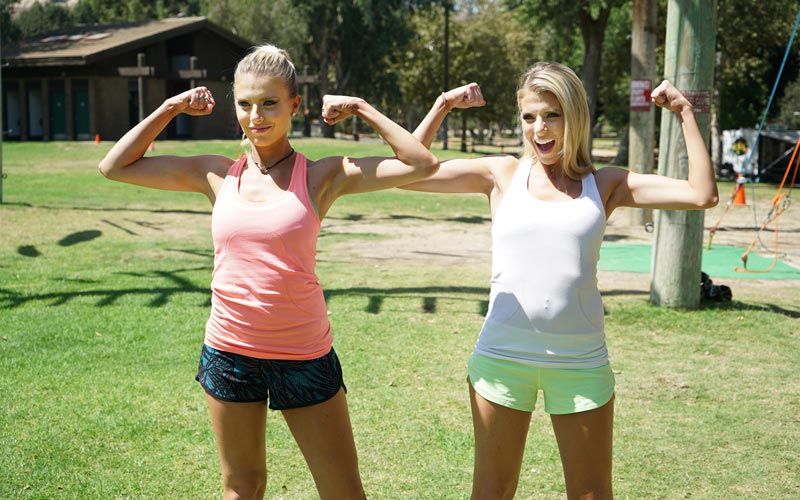 Freeform jumped into its  with Happily Ever After, following Ben Higgins and Lauren Bushnell as they tried to make a life together. The show was ultimately over-produced, but had solid ratings, so it has been renewed.

Except: Freeform has entirely abandoned the central premise of the series—following a couple post-Bachelor or Bachelorette—and turned it into a show following people from The Bachelor franchise.

Season two will star two women: “fan favorite twins Emily and Haley Ferguson.” They appeared on The Bachelor 20 and Bachelor in Paradise 3, and also on season one of Happily Ever After.

For the record, however, they are not in a romantic relationship; they are siblings.

Freeform says that the show, which has been retitled The Twins: Happily Ever After? and debuts March 20, will follow as “the twins will say goodbye to the comfort and luxuries of living under their mom’s roof and begin the hilarious journey of figuring out life on their own while searching for independence and a new career.”

The Bachelor franchise has succeeded this past decade or so because it’s turned into a non-stop soap opera, and I suppose this show fits in with that model, continuing to tell the cast members’ stories. But it also feels outside of the story that interests fans, which are the romantic connections formed on The Bachelor/ette—however flimsy they may be.