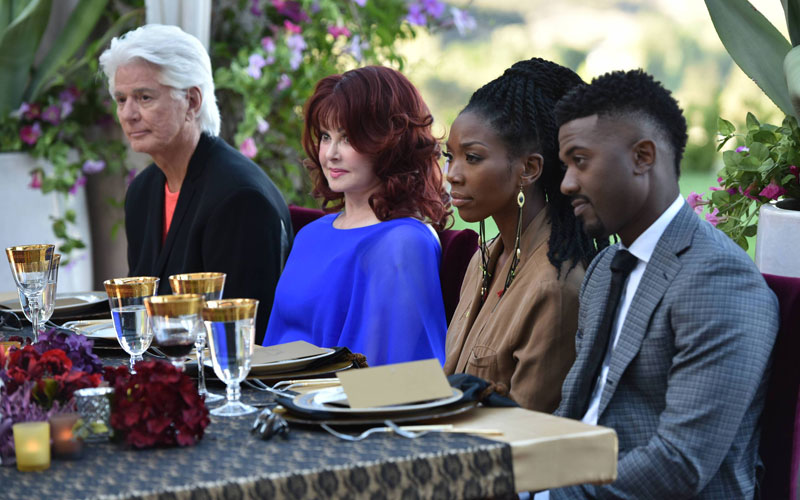 At the Television Critics Association winter press tour Thursday morning, Fox Television Group co-chair Gary Newman was straightforward about the broadcast network’s struggle with reality TV—and Fox’s future plans. He also said out loud to the media what producers have been hearing behind closed doors for a while, and what has become a troubling trend: an insistence that celebrities be attached to reality TV projects.

“Now, turning to unscripted programming, we’re focused on building out our slate this summer. We know we’ve got a lot of work to do here, and our strategy is pretty straightforward: bring together big stars with compelling concepts.”

That’s an admission I appreciate, and it was one that was part of his prepared remarks that preceded a press conference Q&A. (Notably, Fox was the only broadcast network executive, besides The CW’s Mark Pedowitz, to have its executives face critics and journalists. The others backed out; “cowardly collusion” is what one critic called it.)

Celebrity has become the magical solution to reality TV’s ratings woes. We haven’t had a big hit; the answer must be big stars! That’ll get ’em to tune in!

It’s not; they won’t. The evidence shows this to be nothing more than folly. Look at the two shows Fox aired last summer: Home Free, which added Tim Tebow as a co-host, and American Grit, which starred John Cena.

Cena was terrific, yes, and so was the show. John Cena absolutely made it better. Yet his fame did nothing: the audience was less than 25 percent of his then-8 million Twitter followers. Likewise, adding Tebow to Home Free did not make it a ratings hit, and the new format turned off viewers like me, as the new format dispensed with everything that was great about season one.

The latest victim is Fox’s My Kitchen Rules, which debuts tonight. The Australian version has pairs transforming their houses into themed pop-up restaurants for a three-course meal. Fox’s version turned it into a bland Food Network show by casting celebrity pairs.

In the first episode, which I watched all of despite wanting to turn it off, Brandy and Ray J spend so much time mugging for the camera that I’m amazed they had time to actually prepare a two-course meal. Sure, there are some funny moments—Naomi Judd fires of a few zingers, even ones that might be unintentional—but real people would have had funny moments, too. The show is on the verge of being unwatchable because it’s mostly celebrities bickering with each other.

During the press conference for My Kitchen Rules, I asked the executive producers—Conrad Green, the former showrunner for Dancing with the Stars, and Kenny Rosen, who executive produces Hell’s Kitchen and also produced The Glass House—why this format uses celebrities instead of regular couples, like the Australian format.

Rosen said that “when [the celebrities] bring in their loved one, you get to see another side of them, and we thought it would be interesting for America to see.” He added that “you are seeing the true dynamic and the true relationship and how much love and sweetness they actually have for each other, in addition to being competitive people.”

Of course, that’d also be true for non-celebrities.

Celebrity is a virus infecting every network

I’m not picking on Fox here; this is an industry-wide problem. Producers have been talking/complaining recently, both publicly and privately, about how this is a now a routine demand from networks. Why don’t we find a star for this? Who can we attach?—even when it makes no sense for the show being pitched or produced, a celebrity is often the key to a greenlit series.

This can take three forms:

Celebrities can work, yes, for both the second and third options. Dancing with the Stars is evidence of that. Celebrity Apprentice certainly had success, in its early seasons, by casting people we knew but weren’t used to seeing on reality TV. This new cast is a snooze, and perhaps that’s because they’re largely best-known now for their reality TV work.

Ultimately, it’s all about using celebrities if it makes sense. For an excellent example of the good and the bad, see Match Game. Alec Baldwin is the perfect host; he makes the show work with his combination of acerbic wit and charming vulgarity. But the panelists were hit and miss, and the best panelists were not those with the biggest names.

What doesn’t work, ever, is a blanket mandate to cast celebrities. Think about breakthrough reality formats. How many of them had celebrities attached? Survivor? The Real World? Shark Tank? Amazing Race? Duck Dynasty? Undercover Boss? Nope, no, nope, nope, no, and nope.

Even Fox’s—and television’s—biggest success of the past 15 years, American Idol, was not forced to use A-list stars as its judges. Instead, after buying the format, its executives at the time insisted on hiring Simon Cowell after they’d watched the UK version. Paula Abdul, the panel’s only recognizable name, was hired later. In today’s climate, it’d be the reverse: the judges would be A- or B-list stars, and we’d never get Simon Cowell, because why take a risk with a random unknown rude British guy?

Of course, in the summer of 2002, people showed up to watch Simon Cowell. Not because he was famous, not because of his name, but because, in promos and on the show, he was shocking and surprising and new.