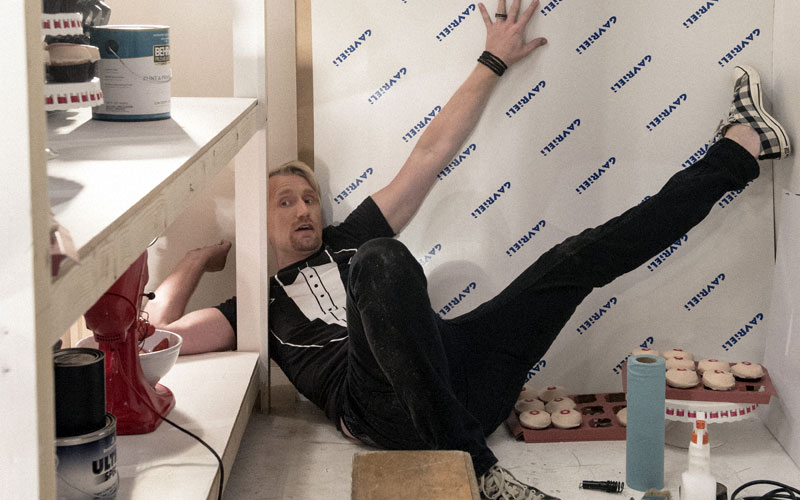 GSN has officially taken over where Bravo gave up as the cable TV home for competitions between talented artists, and the latest show to join its flagship Skin Wars, the RuPaul-judged competition between body painters, is Window Warriors, a competition between retail merchandise display designers, on which contestants design store window displays.

It’s oddly similar to GSN’s previous but less-successful design competition Steampunk’d, which had contestants design spaces in a fake home set up in a television studio. But Window Warriors is both better-executed show and offers a better use of the design-a-space-in-a-studio concept: the set is a series of storefront windows, and behind them is the contestants’ work room.

Each episode is sponsored, so the designers create a window for a real brand, but it’s product integration that makes sense and makes the windows more realistic—and sometimes the winning window actually appears in the real world. Carson Kressley is one of the judges, and brings a welcome amount of levity and personality.

The semi-finals start tonight (GSN, Tuesdays at 9), but the previous episodes are all on-demand. I’ve been playing catch-up and really enjoying the show, even despite how, like Skin Wars, it repeats some unnecessary tropes, like keeping a quirky contestant who repeatedly fails to meet the parameters of the challenge. If you enjoy watching creative people be challenged to conceptualize and create, I definitely recommend Window Warriors.