If you need something to read over the next few weeks, whether you’re standing in line at a store or hiding in a bedroom to avoid your family, here are seven hand-picked stories that I found fascinating. They explore what happens behind the scenes with shows and their stars.

Happy reading! And feel free to send me links to great pieces you’ve read (or written!).

The Hollywood Medium has a secret, The Outline

This is a wonderfully fair and measured—but fantastically skeptical—profile E! star Tyler Henry, who has found fame (Hollywood Medium with Tyler Henry, and this) by taking advantage of celebrities/the vulnerable. It includes an interview with Henry, but the insight does not come from him.

Among other things, Ryan Houlihan’s profile looks at the fawning coverage Henry has received, and also answers this question about “the extremely likeable, extremely nice, highly accommodating TV star”: “If he’s making some people feel closure about a loved one’s death, and it brings joy to millions of viewers, what’s the damage?”

Get That Life: How We Created House Hunters, Cosmo

A Q&A with the couple, Tara Sandler and Jennifer Davidson, who founded Pie Town Productions and created HGTV’s House Hunters after their own stressful house-hunting experience. They also produce three spin-offs and Flip or Flop.

At Home with Ina Garten, Buzzfeed

My appreciation for this profile of Ina Garten comes with a dose of jealousy that Buzzfeed’s Sandra Allen spent time with Ina Garten. She is, of course, the star of Food Network’s The Barefoot Contessa; the author, most recently, of Cooking for Jeffrey; and the person who taught me, via her television show, how to roast vegetables, an impossibly simple way to make vegetables six or seven thousand times more delicious. Allen’s profile not only looks at Ina’s past and present (including her process and how she works with her two assistants), but also examines just what it is that’s so alluring about this television chef.

Yes, another profile of Ina Garten! This one focuses on how she went from working on nuclear energy policy to cooking for Jeffrey and friends on television, which she’s now been doing since 2002. 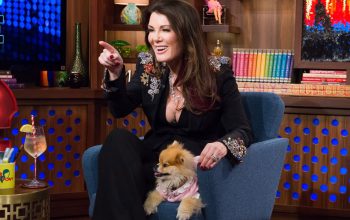 Lisa Vanderpump on Watch What Happens Live in March 2016. (Photo by Charles Sykes/Bravo)

A Q&A with the Bravo star, who says she feels like she’d fit in with RHONY: “I think it would have to be New York. I probably identify with them. It seems to get very intense there, so I don’t know. I don’t think it could be New Jersey or Atlanta because they’re a bit intense for me, though I love NeNe. It would have to be New York. I’d give that a try and have a good ole battle with Bethenny.”

The company that bought Gurney Productions, ITV, is now suing its founders, who were fired from their own company, for fraud and other things. Among other things, it details the claim that Deidre and Scott Gurney “secretly formed a new production company that they owned and controlled” and then sold themselves the international rights to Northern Territory, a Discovery Channel show that ITV-owned Gurney Productions was working on.

The lawyer for the Gurneys told Deadline the lawsuit is “completely baseless and fraught with contradictions, inconsistencies and outright falsehoods.” Of particular interest may be the comments on this story, which reveal how some people feel about Diedre and Scott Gurney and their company.

This deadline story starts with news about a sentence for one of the five Teamsters charged with extortion against Top Chef: Boston, but more interesting is the detailed story that follows. It’s about what happened back in 2014, when picketers threatened and verbally assaulted the cast and crew, including hurling racist and homophobic slurs. They were protesting the show’s use of non-union production crew members; Top Chef production staff reported at the time that the network and production company essentially ignored the harassment.