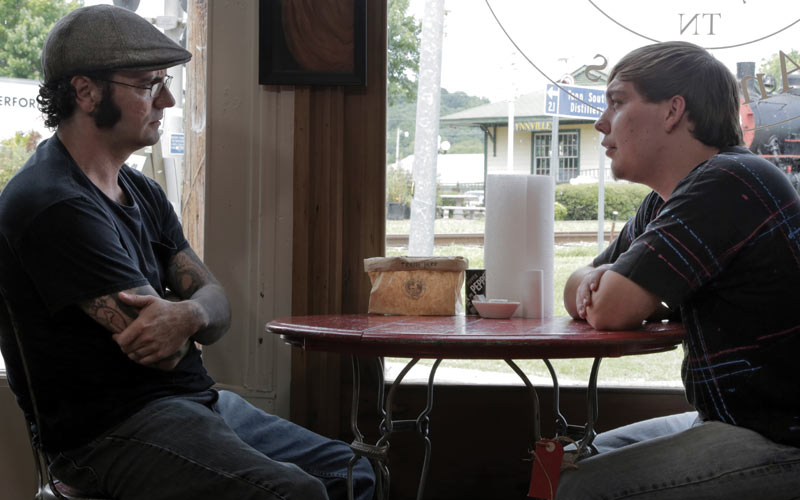 Everything wrong with A&E’s Generation KKK, a new reality show that is exactly what it sounds like, is in the first paragraph of its press release. The network calls itself “a leader in thought-provoking programming”—i.e. has an inflated sense of its self-worth and its ability to shape national conversation through its entertainment—and then calls the series “compelling,” acknowledging that they are turning the KKK into entertainment.

News of the show broke yesterday via The New York Times report, which was basically A&E giving its press release to the paper early, along with access to an executive. In that story, A&E and Lifetime general manager Rob Sharenow says this:

“We certainly didn’t want the show to be seen as a platform for the views of the KKK. The only political agenda is that we really do stand against hate.”

Being against hate is certainly a brave stand for a television network to take. But it is utterly delusional to imagine giving a mainstream cable television show—one that is already drawing lots of media attention, including, yes, this article—does not give the KKK a massive platform and attention.

This argument is about as convincing as someone saying, I really don’t like water and don’t want to get wet, and then jumping into a pool.

A&E has failed before

In the new series—which is produced by This Is Just A Test, the production company behind I Am Jazz—Sharenow also says “there’s a message of hope in all these shows and a promise of redemption.”

So how is there redemption for the Klan? Here’s A&E’s description of the series from its press release:

“In Generation KKK, cameras follow four prominent Klan families who each have a family member trying to escape the Ku Klux Klan. This series pulls back the curtain on the organization that the Anti-Defamation League calls ‘a racist, anti-Semitic movement with a commitment to extreme violence to achieve its goals of racial segregation and white supremacy,’ to show its effects on American families as members grapple with the consequences of leaving.

The series will also follow a network of anti-hate and peace activists working to break the cycle, by helping to convince members to leave the hate group.  The team consists of Daryle Lamont Jenkins, the co-founder of One People’s Project, an organization that monitors and investigates hate groups; speaker, author and peace educator Arno Michaelis, a former skinhead who joined the white power movement at the age of 16; and Bryon Widner, a reformed Neo-Nazi and subject of the documentary Erasing Hate, who spent sixteen years as a skinhead until he realized the environment wasn’t best for his son. These activists develop deep relationships with Klan families attempting to convince them to hang up their robes and finally leave the group for good.”

While this seems like a noble goal, and it’s also good that the show will give its attention to non-KKK members, let’s recall for a moment that just two years ago, A&E aired a show called 8 Minutes that was allegedly about helping sex workers turned out to be more fraudulent than benevolent.

As it turned out, the network and the producers lied to the women, failing to offer them actual help and instead putting them in danger.

The network has shown itself to be capable of airing shows about subjects that don’t exactly seem like they should be turned into entertainment and making television out of them, including Hoarders and Intervention.

But Hoarders, for example, is giving help to people who otherwise cannot afford it; and gives attention and normalcy to people suffering from a little-understood but widely prevalent mental illness. (Hoarders was so successful that hoarding is now listed as its own disorder in the DSM-V.) Of course, the network or producers can’t control how people watch the show, judging people instead of feeling empathy toward them. And even a well-conceived show like Hoarders is on such a fine line between education and exploitation that it is easy for it to go off the rails.