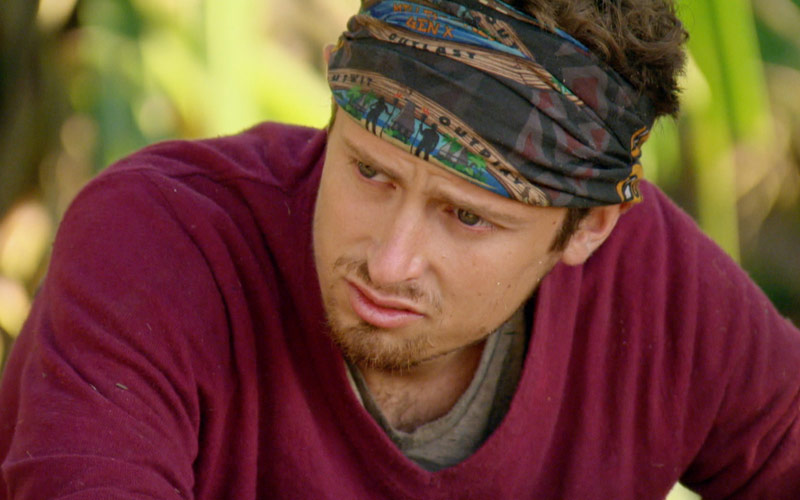 When Adam Klein found a hidden immunity idol on Survivor Millennials vs. Gen X, he said, “Mom, this is for you. I love you so much.” Overcome with emotion, he explained:

“It was really tough to make the decision to come out there. My mom was diagnosed about seven months ago with stage four lung cancer. It’s such a devastating disease—it’s been such a nightmare. It’s been the worst thing you could possibly imagine. And so to have my biggest dreams coming true at the same time my worst nightmare is happening, it doesn’t feel real.”

“My mom is a huge superfan. She’s the ultimate reason for being here. I want to give my mom something to look forward to. Being able to watch me find this—that’s what I came out here to do, bring some joy back to my family.”

That was two days after the final Tribal Council for Survivor Millennials vs. Gen X, which was on May 12, according to True Dork Times’ calendar. (Fiji is one day ahead of the U.S., so that would mean it took place on our May 11.)

Adam is now raising money in her name for the #LiveLikeSusie Memorial Fund for Lung Cancer Research, which has so far received about $35,000 of its $50,000 goal.

As Adam wrote on the YouCaring fundraising page:

“My mom was the epitome of health: never smoked, exercised every day, ate organically and consciously, and avoided toxic environments. Funding for lung cancer research is a fraction of other cancers (one tenth when you compare $/death to breast cancer for example), and it’s largely because of the implicit blame we place on lung cancer victims when we assume they did something to bring it upon themselves.”

In an interview with the Stanford Daily, Adam said, “I know that I can only imagine that my story in many ways will be her story, and I just hope that the country will fall in love with her. [I also want the country to] see that even healthy non-smoking women like my mom can get lung cancer and we need to do better in finding a cure.”

“I can only hope her story will really resonate with people… Every single day my mom was alive, she lived life to the fullest. And I know she would want me to do the same. I want to use “Survivor” as an opportunity to bring some meaning to my mom’s life and death and ultimately help other families not have to experience the type of pain my family has experienced.

It’s not very often that you get to be on national television, in front of 11 million people all around the world, and I don’t want to let that go to waste. I’d like to raise some money for lung cancer research, fight this disease, bring some attention to lung cancer and remind people that lung cancer victims don’t deserve their disease. I think there’s an implicit bias that if you got lung cancer, you did something along the way to get it. As a result, lung cancer research gets a fraction of funding that other issues get. I want to use Survivor as an opportunity to shine a light of this.”