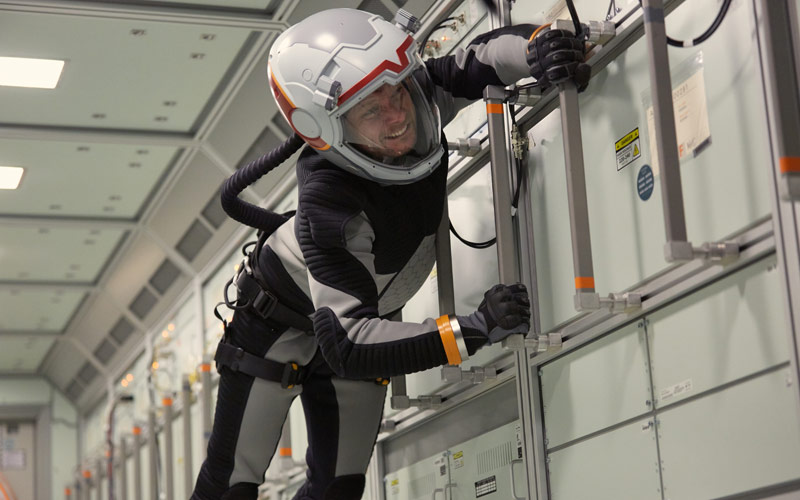 Oh, if only it was that interesting. The first hour, which premiered last night, is nearly entirely a drag.

Switching between real-life documentary footage and a fictional future in space populated by actors  literally feels like changing channels, not watching a cohesive story. Whenever things get slightly interesting, Mars changes the channel again, disrupting the momentum.

The part that follows a 2033 trip to Mars is nothing we haven’t seen before, except this version is as dry as Mars’ surface. The actors are flat, perhaps because the script asks them to deliver a bunch of exposition disguised as dialogue. The characters are also interviewed, which means the 2033 segment frequently looks like a documentary.

When Mars flips back to 2016 and becomes actual documentary, there are more stand-up interviews—this time with actual experts who know their stuff but are just offering even more exposition.

There is a lot of talking for an “edge-of-your-seat story.”

Actually, the most thrilling moments are in the 2016 segments, when National Geographic does what it excels at: presenting the real world. There is absolutely beautiful footage of the aging, rusted launch pad 39A at Cape Canaveral, which hosted the launches of Apollo 11 and the very first Space Shuttle, among many others. SpaceX’s facilities are filmed with equal care.

Reality, even rusting, is far more interesting than this attempt at fiction.

Midway through the first episode, there’s a scene with people at the fictional IMSF staring at screens, waiting for a signal from Mars to see if the ship has landed on the surface. Finally, communication arrives, and the extras get to recreate that scene from every movie with a control room and a deep-space disaster where people clap and cheer and congratulate each other.

At the end of the episode, during a 2016 segment, we watch as SpaceX attempts to launch and recapture a rocket. SpaceX employees cheer as the rocket launches, and then it explodes into pieces. The image of its pieces drifting through the Florida sky lingers. After a few moments, the edit cuts back to SpaceX. One woman sobs; a man shakes his head quietly; a woman stares at a screen.

That energy and emotion is so raw that the fictional mission to Mars never has a chance.