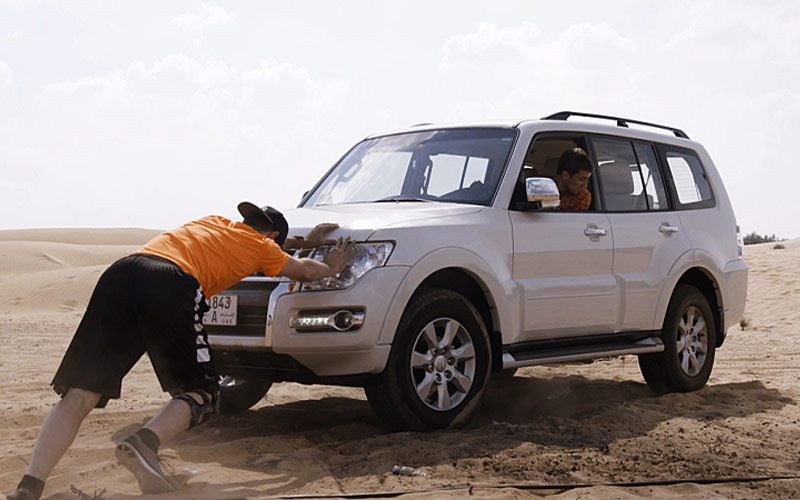 There was car trouble in Dubai for Brodie and Kurt during The Amazing Race 28's ninth episode. (Photo by CBS Entertainment)

The Amazing Race 30 should be filming now, following the schedule that the show has stuck to for most of its life, but it is not in production, and people close to the show say the race will not be run this year. Meanwhile, The Amazing Race 29 has been filmed but there is still no information about when it may end up on television—perhaps not even until next summer.

Casting for TAR 30 was taking place earlier this fall, with filming scheduled for October to January. After I wrote about it, I was told that the show was considering a returning cast instead (which is easier and quicker to cast, and if season 30 ended up being the last, would perhaps end on an all-star note).

I’ve now been told that there are no plans at all to film season 30—definitely not this year, and maybe ever. Its future is a giant question mark.

The Amazing Race’s future is bleak

For the past eight years, since season 14 in 2008, Amazing Race has filmed a season in November—sometimes starting in late October, and other times starting in late November. The pattern of a summer and fall filming has been in place since 2004, with one exception: there wasn’t between seasons 12 and 13, in 2007 and 2008.

Perhaps this is a similar anomaly, except there’s also the strange business of TAR 29 being pushed off of CBS’ schedule.

So two ominous Hollywood clouds are hovering over the show right now. The winds may shift, as they certainly have for TAR in the past.

If season 30 is never produced, that would be an incredibly unceremonious end to one of the biggest broadcast network shows. That’s in part because whenever Amazing Race 29 does finally get an air date, that season would conclude the franchise with a very different kind of season—TAR 29 has a major deviation from the show’s format.