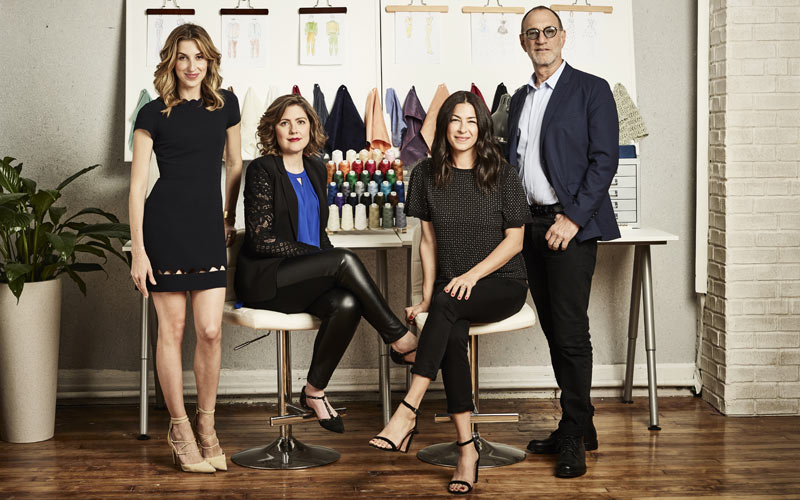 Let’s start with the fact that Project Runway: Fashion Startup has precisely zero connection to Project Runway except for the brand name that’s been tacked to the front of the title and a shared parent production company. When it was first announced, it was called Fashion, Inc., but getting traction for a new show is easier when it shares a name with a hit show. (The name change clearly came after production, because there’s a neon “Fashion Inc.” sign on one of the set’s walls.)

If you’re expecting any of Project Runway’s charm or Tim Gunn warmth, look elsewhere. But if you want a decent Shark Tank knock-off, this is it.

Project Runway: Fashion Startup (Thursdays, 10:30 p.m.) is quite successful on its own, and is the best version of the Shark Tank format that’s come to television in the last few years. Recently, Mark Burnett attempted one at TBS, but it was an ill-conceived disaster, weighed down by its sponsorship, and so did Food Network (though what format hasn’t Food Network knocked-off?).

Lifetime’s version has stronger production values than those two shows, from the set to the well-paced editing, and feels a little more upscale than its predecessors, though it is not on the level of Project Runway. Early in episode one, there is an extended bit of noticeable dubbing, where audio has been changed or added in post-production, and that sketchy practice—as widespread as it sadly is in reality television right now—signals that something isn’t right.

Other networks’ failures had me expecting another dull Shark Tank done on the cheap, and as I watched, the dubbing made me question its integrity. But I was surprised to be pulled into the episode and discover that it offered some strong ideas of its own, smart twists on the invest-in-me-please reality TV subgenre.

The memorized pitches are far more awkward—Shark Tank’s ability to help the entrepreneurs craft pitches remains impressive—but the conversation that opens up that is natural and engaging. The investors ask tough but fair questions and compete with each other, but wonderfully, there isn’t an attempt to box them in as certain archetypes.

The major deviation from the Shark Tank format here is that the investors can task the entrepreneur with testing their product in some way, and then they return to follow up. It’s a decent way of testing a product, as long as it’s not just being used gratuitously to get another segment in the show.

In addition, the entrepreneurs are not held to their original ask, and gives the investors more room in negotiation. (Shark Tank, of course, requires the entrepreneurs to get an offer equivalent to their ask.) It also opens up the possibility for creative partnerships: In the first episode, one entrepreneur huge line of credit, while another is offered for 1 percent of a company.

Knowing there may be many different kinds of outcomes—from the rejection and humiliation of an entrepreneur with a bad idea/bad business to a huge investment—makes Project Runway: Fashion Startup an worthwhile hour. To paraphrase the star of the show from which it gets its title, the producers have made this format work.