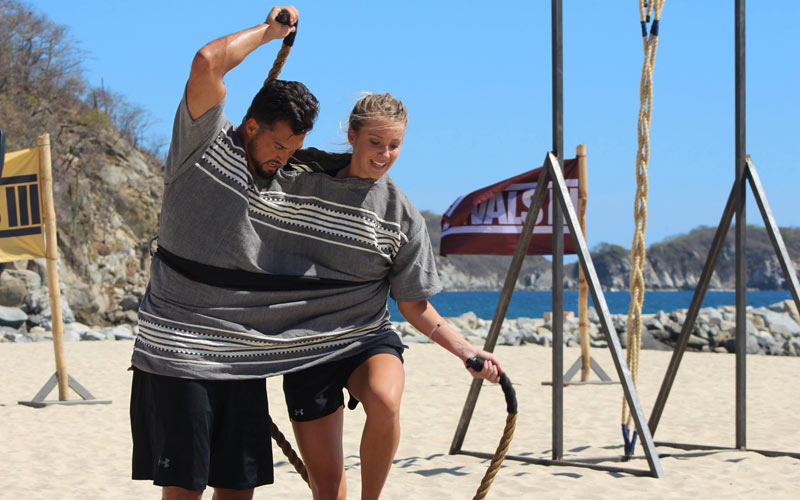 A competition on the most recent season, Rivals III, of MTV's The Challenge. (Photo by MTV)

In this issue: behind-the-scenes of The Challenge and Anthony Bourdain’s show, plus Kim Kardashian and a ranking of 100 reality TV couples.

If you run across a great story—or wrote one—please share it with me!

BuzzFeed News’ Jarett Wieselman looks at the history of The Challenge, and how it took advantage of fans’ connection to Real World and Road Rules stars—and paved the way for all-star seasons  of other shows. It’s a fascinating read, though I will forever take issue with the assertion that “MTV’s The Challenge is the single most compelling reality series.”

Fun fact: The Challenge is to blame for Road Rules death: “Because The Challenge had so many of the same elements, they both started to feel duplicated in a way [and] Road Rules felt less-than,” Brian Graden says.

The piece also discusses the show’s “rampant misogyny,” including Tonya Cooley’s lawsuit over  that she was sexually assualted with a toothbrush by Kenny Santucci, and Evan Starkman. (Her lawsuit was settled.)

The 100 Greatest Reality TV Couples, Ever

For Vulture, Brian Moylan ranks 100 reality TV couples. An American Family‘s Bill and Pat Loud, who basically gave the genre its life, end up at #9, while the first celebrities to open their lives to cameras, Sharon and Ozzy Osbourne, are at #6. The top five:

Out of ‘The Real World,’ a Relationship That Has Endured

This made me feel old: Judd and Pam from The Real World San Francisco have now been married for 15 years. The New York Times looks at their relationship, with a lot of attention on the challenges Judd and Pam—or Judd Winick and Dr. Pamela Ling—have faced over that time. 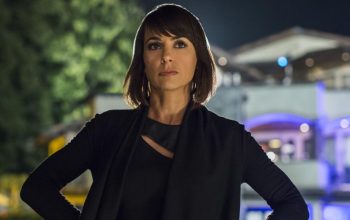 Constance Zimmer as Quinn, the producer of a Bachelor-like show on Lifetime’s UnREAL.
(Photo by James Dittiger/Lifetime)

After its garbage second season, UnReal has a new showrunner, its third in three seasons, and there’s still behind-the-scenes drama. The Hollywood Reporter takes a look, including creator (and former The Bachelor producer) Sarah Gertrude Shapiro’s role on the show. Among the details that suggest not all is well in Lifetime land: “Multiple sources close to the show say Shapiro since has been barred from doing press. (Lifetime denied THR‘s request to interview Shapiro for this story.)”

How to blame Kim Kardashian West for being the victim of armed robbery: A guide

After Kim Kardashian West was tied up and robbed in a Paris apartment, people began to suggest that this was her fault. ThinkProgress’ Jessica Goldstein examines the victim-blaming—starting with the lead of The New York Times’ story, which illustrates her lavish lifestyle and suggests alcohol may have been involved, even though Kim doesn’t drink.

How VH1 Anticipated the Second Screen

In The Ringer, Victor Luckerson examines VH1’s change over time, exploring how it found success with reality TV. An excerpt:

“VH1 was an early pioneer in the art of television snark, casting an askance view of the celebrities that were being deified one channel over on MTV in the ’90s and early 2000s. Later, smartphones and social media made us all into cable TV talking heads, all the time. Mix that with the surprise mega-success of Flavor of Love, which convinced the network to double down on reality TV targeting black audiences, and you have a network in 2016 that’s garnering millions of eyeballs and tweets every week.”

Bourdain writes about the process of having President Barack Obama on his CNN reality series Parks Unknown, which ended up being filmed in the Bun Cha Huong Lien restaurant in Hanoi, China. Bourdain writes, “I got the definite impression that the Secret Service was initially less than delighted with our choice of venue. The location was … sub-optimal, as far as they were concerned.”

Hoarding in the Time of Marie Kondo

This popular book/craze suggests people keep only the things they love. But what about those with hoarding disorder—who feel joy about collecting things, even useless or dangerous things? The Atlantic takes a deep dive into hoarding disorder, starting with a scene in which Hoarders expert Dr. Robin Zasio takes conference attendees on a shopping trip.

Is our world a simulation? Why some scientists say it’s more likely than not

Scientists say it’s possible we’re living in The Matrix—or a simulation created by our future ancestors. Or, as I prefer to characterize this Guardian story, we’re in The Truman Show and future humans are watching. Terrifying.