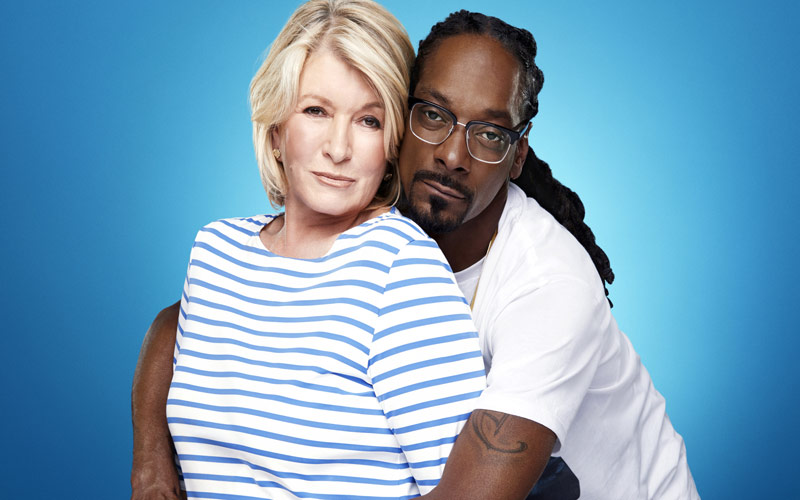 VH1 released an extended trailer for Martha and Snoop’s Potluck Dinner Party today, and what’s clear is that the amazing weirdness continues beyond the title. As Seth Rogen says during the trailer, it’s “the weirdest group of people ever on a stage together.”

Most notably, the show takes place on a set, like the cooking shows from a previous era that had live studio audiences. The set splits the kitchen between Snoop and Martha, and the design is a little on the nose—Snoop’s half is tiled with black tile, and Martha’s is white.

How exactly the show will work beyond a bunch of chaos and cameos is not yet clear, though a VH1 press release says that on each episode, Martha and Snoop “each will put a personal spin on dishes for a themed meal.” At one point, the trailer shows them competing to make fried chicken.

Their relationship goes back years; here, for example, is Martha teaching Snoop how to make mashed potatoes, with each being their own candid selves.

VH1 also announced the celebrities and guests who will appear:

To make this seem even more like a cooking and talk show hybrid, there will also be musical guests: