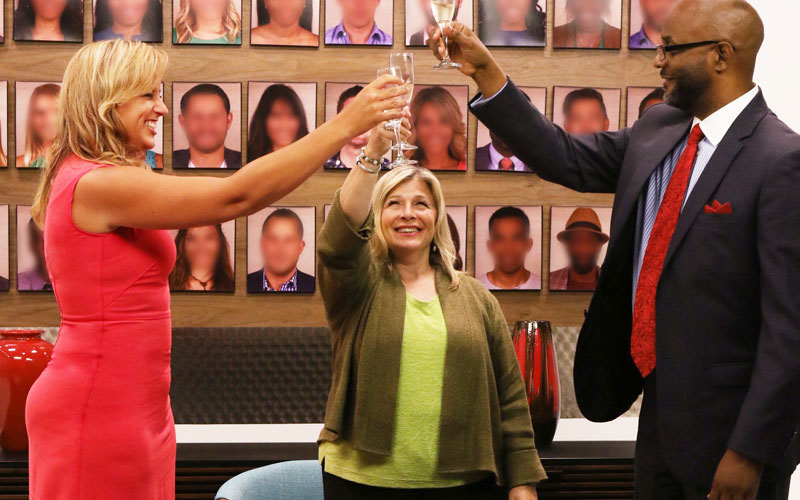 FYI and A&E’s Married at First Sight has been renewed, and it will again shift cities: Season five will be filmed in Chicago. Season four is concluding tonight, and was notable for being the first season during which a couple divorced before the six week’s of the experiment were up.

The renewal was a no-brainer; the show is FYI’s most-popular series, and is popular on social media, where viewers gather to judge the couples and excoriate their behavior to their electronic faces. The show has averaged 550,000 viewers per episode over all four seasons, according to the network.

The show is staying with its season-four team of experts: Dr. Pepper Schwartz, Rachel DeAlto, and Pastor Calvin Roberson.

Chicago will be the fourth city the show has visited: seasons one and two were filmed in the greater New York City area, season three in Atlanta, and season four in Miami. City-jumping not only provides a new backdrop for the show, but it also gives the show access to an entirely new casting pool.

While The Real World just imports its cast into a city, MAFS casts in and around that area, in order to give the couples a better shot at a long-lasting relationship. Because they live in the same area, if they decide to stay together, one person won’t have to move, nor will they need to be in a long-distance relationship.