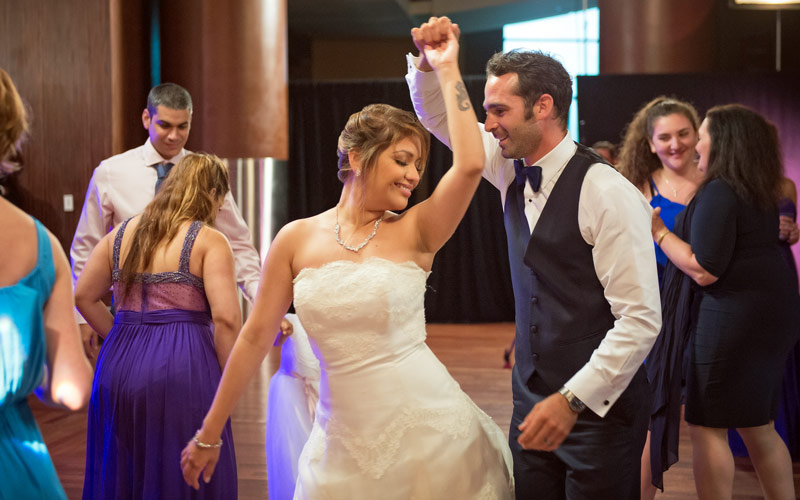 MAFS season four couple Lillian Vilchez and Tom Wilson decided to stay together at the end of the six weeks—but will their relationship ultimately end in divorce, like so many other MAFS couples? (Photo by Gio Morales/FYI)

The couples who’ve met on Married at First Sight have mostly gotten a divorce, making the show’s track record over its first three, completed seasons basically equivalent to The Bachelor franchise’s 32-season record.

Season four of Married at First Sight concluded last night. After one couple divorced mid-season, the two remaining couples—Sonia Granados and Nick Pendergrast, and Lillian Vilchez and Tom Wilson—decided to stay together after the six weeks of having cameras follow their newlywed lives.

But their odds of remaining together are low, unfortunately, at least based on previous MAFS seasons’ couples. In seasons one to three of Married at First Sight, five of nine couples decided to stay together at the six weeks, but then three of those got divorced after filming concluded.

So how does that compare to The Bachelor’s? In terms of creating successful couples, they have virtually identical track records:

Of course, the two MAFS season four couples may change these odds, but as we’ve seen, the finale decision is not representative of their ultimate success.

The Bachelor is unfair maligned—at least for its failure

The Bachelor’s couples are almost set up to fail: besides casting contestants for drama, not long-lasting love, they have limited contact over a short period of time, and then have to stay in isolation for months and months before the show actually airs. It’s a recipe for disaster.

MAFS uses experts, testing, and extensive interviews to try to find matches for the contestants, who go through an extensive casting process—though that same process managed to produce two couples who seem like models of great relationships and also an unmitigated disaster that ended with an order of protection being filed.

Because Married at First Sight is more serious and, after the wedding, is essentially a documentary that follows newlyweds, and The Bachelor’s methods have been documented on UnReal, the former gets more credit than the latter, and that’s perhaps fair. The Bachelor may have some viewers convinced it is a love story, but it is mostly a formula that produces television-worthy drama. MAFS does seem serious about trying to form real relationships, though its matchmaking and vetting process is worthy of scrutiny.

Of course, relationships fail in real life, too, and all of these Bachelor and MAFS relationships are ones formed in extraordinary circumstances. But it seems as though those circumstances just may not matter when it comes to staying in a committed relationship with the person someone met on a television show.