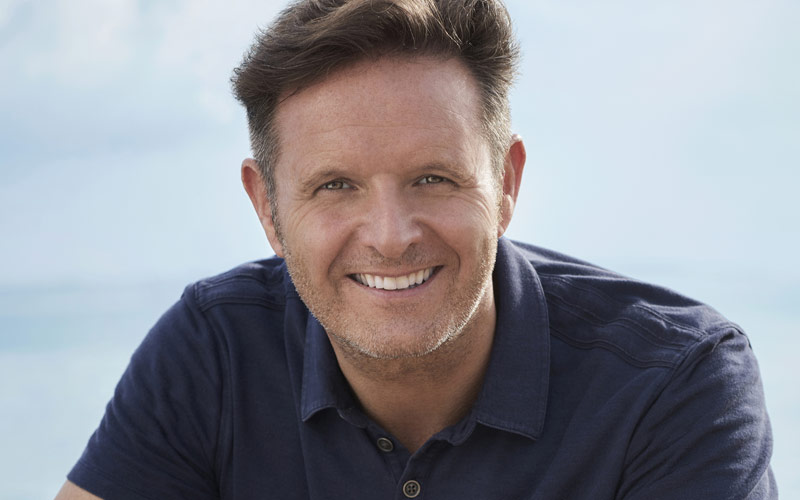 Mark Burnett, in a promo shot for Fox's Coupled. (Photo by Michael Becker/FOX)

In a statement from his publicist that references his wife, Roma Downey, Burnett said:

“Given all of the false media reports, I feel compelled to clarify a few points. I am not now and have never been a supporter of Donald Trump’s candidacy. I am NOT ‘Pro-Trump.’ Further, my wife and I reject the hatred, division and misogyny that has been a very unfortunate part of his campaign.”

Burnett’s previous statement, released along with MGM on Monday, focused on Apprentice footage, but had very cagey, odd language. For example, it said—but in the past tense—that “he has consistently supported Democratic campaigns.”

Earlier than that, having been mocked by Jimmy Kimmel at the Emmys for enabling Trump, Burnett responded defensively, not with strong language like this.

We now await the Trump tweetstorm about Burnett’s disloyalty and how awful Burnett has always been.

MGM is definitely not releasing footage, no way

Speaking of footage, Burnett’s statement came with another from MGM, though this time it was from MGM’s attorney, Marvin S. Putnam of Latham & Watkins. It said:

Burnett and MGM are establishing pretty clearly that they will not release any footage, but Burnett seems intent on making sure we know that it is not his fault. None of this is his fault! Back off!