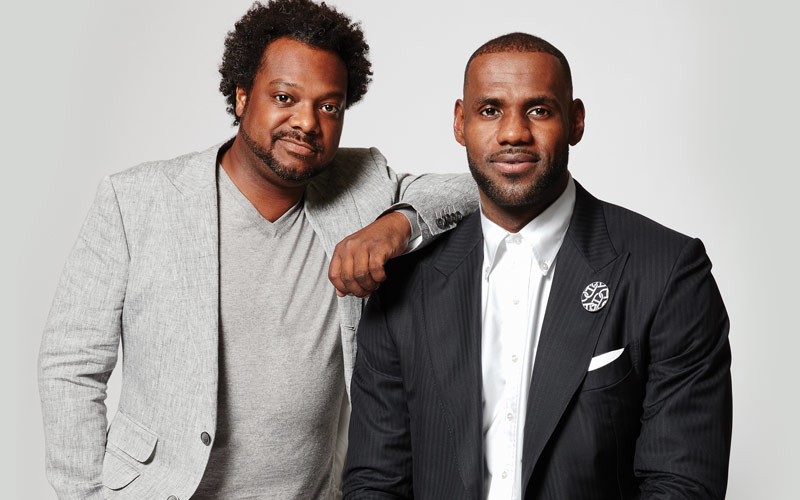 When CNBC announced its newest business-focused reality series, Cleveland Hustles, it was announced in conjunction with a spin-off of CNBC’s first original hit: The Profit. The network’s press release heralded “‘Cleveland Hustles’ with NBA Superstar LeBron James and ‘The Partner’ with Marcus Lemonis.”

But Cleveland Hustles was not “with” LeBron at all, unless you count the title sequence or the ads that featured him and said, more carefully, that the show was “from executive producer LeBron James.” On last night’s season finale, the businesses had grand openings—on deadlines clearly forced by the show. LeBron did not even show up for that (though a quarterback for the Cleveland Browns did show up to one storefront).

Why even put his name on the show? If his fans actually showed up because of him, wouldn’t they be disappointed that he wasn’t actually on the show that keeps using his name? It’s so absurd!

The reason, of course, is that network executives frequently demand star power attached in order to buy reality TV show now. Attach a celebrity name to a format, even when it makes no sense at all, and a greenlight may follow. For some reason, networks are convinced this is a winning strategy, even though the evidence shows otherwise.

One of the easy arguments for a celebrity fronting a reality television show is that they come with a built-in fanbase. But that’s just not worked, from Frankie Grande’s failure to Jon Cena on American Grit.

LeBron may have been heavily involved behind the scenes, creatively or financially or both, but he was a non-presence in front of the camera. And though he has a large fanbase, LeBron didn’t even really promote his show as it reached its finale.

Jon Cena is an excellent example. His Twitter fanbase might not have followed him to linear broadcasts, but American Grit dripped with his soul, and he was the opposite of the kind of host who shows up and repeats words spoken into their ear by a producer. The Fox show was creatively stronger because of his presence.

Cleveland Hustles is what Beyond the Tank should have been

CNBC has brilliantly capitalized on the appeal of Shark Tank, which repeats on the network, to power its unscripted slate. It’s a smart branding decision, and some of the shows have been good, and one has been a break-out, creatively strong hit.

Over eight episodes, it proved to be a decent show—basically, it’s what Shark Tank spin-off Beyond the Tank should have been instead of a bunch of overly staged scenes. It showed entrepreneurs at work convincing investors and then working to take their businesses to the next level by opening storefronts in a Cleveland neighborhood. The real face of the show was host Bonin Bough, who was there for narrative cohesion and to be another voice encouraging and pushing the entrepreneurs.

The show got better once it moved past the initial head-to-head competitions. Those had two entrepreneurs/businesses face off in each episode to try to earn an investment by completing impossible tasks. That’s not a horrible idea, but Cleveland Hustles did a horrible job of illustrating why each winner was selected.

In the premiere, a bagel company run basically rejected all advice and did a half-baked job, while a salon owner took constructive feedback and had a successful launch and a well-crafted vision for her company. For some reason that still isn’t clear, the bagel company won.

Ultimately, though, the pressures of the reality show felt like the only pressure. The last few episodes seemed to be about having new businesses try to open under the budgetary and time constraints of a 2016 cable reality show instead of the economic revitalization of Cleveland, with a celebrity’s name pinned to the title to try to draw viewers.

As Shark Tank and The Profit both proved, you don’t need household names to have high-quality, high-rated, business-focused unscripted television shows.