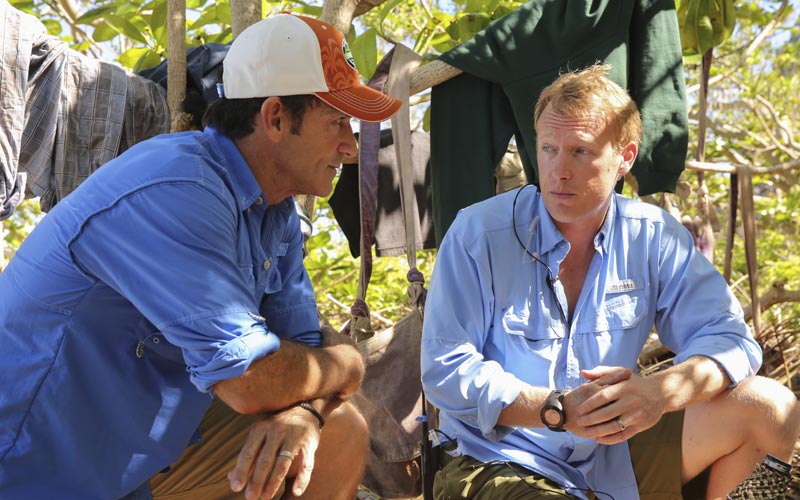 Variety’s report on the salaries of the highest-paid actors and TV stars today says that Survivor‘s Jeff Probst makes $4 million per season of the CBS reality competition. With 14 episodes per season, that would mean he makes just under $286,000 per episode.

That means Probst earns more per episode than:

Of course, his overall pay may be lower, especially compared to the stars of network sitcoms and dramas, which produce 20 or 22 episodes per year.

And Probst’s per-salary pay is also far below others: His fellow CBS stars on The Big Bang Theory each make $1 million per episode, and The Simpsons voice talent receives $315,000 per episode.

To compare to other reality show talent:

Of course, all of these numbers are difficult to compare directly—and by Variety’s own admission, are “estimates based on extensive research to determine talent paydays in the most current seasons of specific series.”

More significantly, they’re hard to compare because of the actual job requirements. A Big Bang Theory actor has to memorize lines, rehearse, and perform a new episode each week.

Probst hosts Survivor—presenting challenges and moderating Tribal Council, plus making guest star appearances during medical crises—but he’s also an executive producer, and his title is not just a label. He’s Survivor’s showrunner, responsible for all aspects of the production. And while the show films for about 12 weeks, pre- and post-production last much longer than that.

With all that work, he’s clearly worth the per-episode price, if not a lot more—especially when you consider that last fall, just over two ads covered his salary, since a 30-second ad on Survivor cost $121,952.