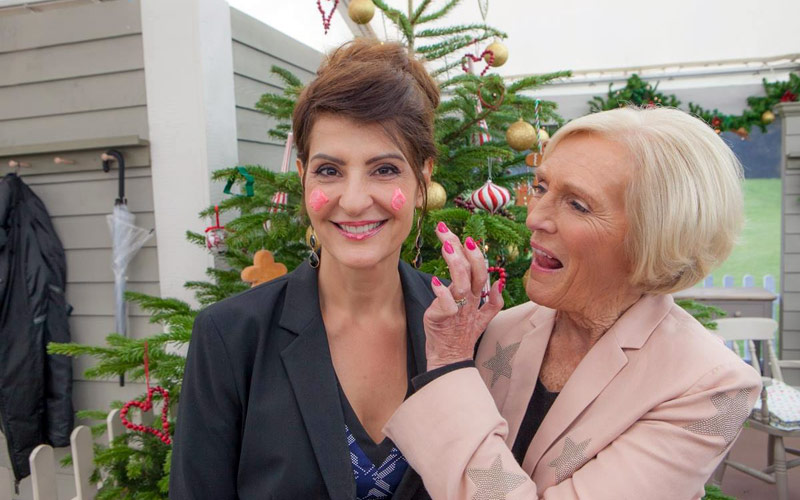 The Great British Baking Show has concluded in the UK, ending a seven-season run on the BBC with its original four stars: Mary Berry and Paul Hollywood, and hosts Sue Perkins and Mel Giedroyc. The show now moves to Channel 4 without three of those people, and though the title will live on (and so will Paul Hollywood), the show we love has effectively concluded. A GBBO without Mary Berry is no GBBO.

But Mary Berry will be back on American television in just over one month: She stars in ABC’s version of GBBO, which was renamed to The Great American Baking Show following its first season last year, when it was called The Great Holiday Baking Show.

The series returns Dec. 1 with a two-hour premiere, and this year will air Thursdays at 9.

The show features an expanded cast and more than last year’s four episodes, though the exact length is not yet known. As last year, Mary Berry’s fellow judge is Johnny Iuzzini, and Nia Vardalos and Ian Gomez will host.

The show was a true surprise last year for how well it captured the spirit of the original, despite having non-British contestants.

The Great Christmas Light fight is also back

Each Monday night has two back-to-back episodes, and in each, one of the two judges decides which of four families wins $50,000 for their light display.