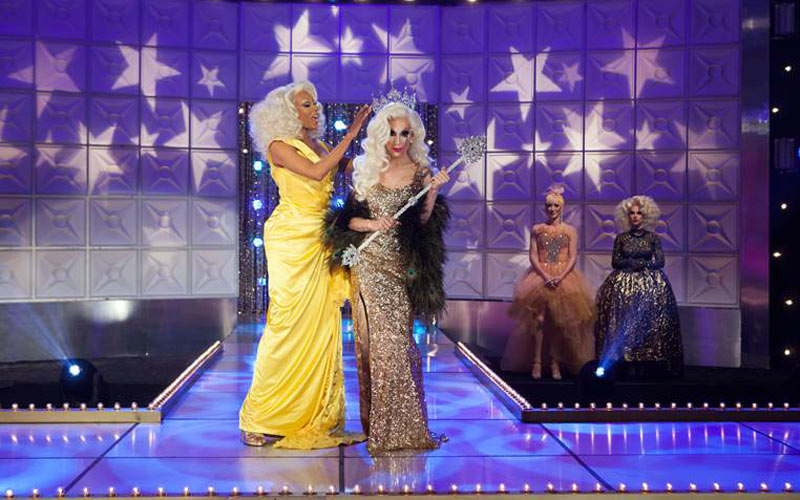 RuPaul’s Drag Race is slaying it. The second all-stars season, which concludes tonight with a reunion, was also Logo’s highest-rated original series season ever. VH1’s simulcast allowed many more of us to see it in HD, finally. RuPaul won a much-deserved Emmy after his first nomination. And in a sign of the show’s impact on its audience, it has just crowned two successive fans-turned-contestants as its winners—first Bob the Drag Queen, who was inspired to start drag by the show, and now all-star Alaska Thunderfuck.

This success is well-deserved for a show that I’ve grown to appreciate, both as a reality competition and as entertainment that has a profound effect on people’s lives with its message of loving oneself before all else.

So this is an awkward but necessary time to throw some shade: Drag Race has a real credibility problem.

That’s not because Katya was robbed and should have won all-stars, and many fans freaked out. Fan freak-outs about results are nothing new. But Drag Race created this situation by failing to explain why Alaska was the better winner.

And thinking about how the show failed to do something so simple—justify its winner to the audience—reveals three weak spots for this 10-season-old show, ones that are easily fixed.

Here are three ways Drag Race can improve, starting with the most critical:

There is so much joy in watching a reality competition and yelling at the television when its judges make a clearly, obviously wrong decision. That’s part of the form. 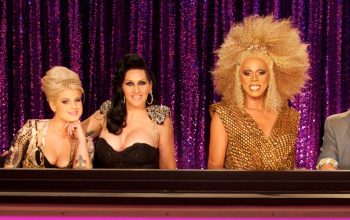 But on Drag Race, it is is absolutely maddening how little RuPaul explains decisions—especially lip sync wins, and especially this last season, when those were so critical to the outcome. After all, the winner not only received $10,000, but also sent another competitor home.

There’s no reason for Ru to not give a one-sentence reason after the lip sync before or after telling someone to sashay away or announcing the winner. No reason!

Consider all the time Project Runway spends on critiquing the contestants work each episode; that show gives far more attention to detailed deconstruction.

Drag Race seems to emphasize jokes over critique. I love the jokes and the wordplay, but there’s room for that and serious discussion. The only significant evaluation occurs when the queens are on the runway, and perhaps because there is limited time in each episode, we rarely hear from each judge. Disagreements between judges arise and then the show plows ahead.

Why not give the show 90 minutes like Project Runway has? It’s not like Logo doesn’t have the space or time. (Though if that means dropping the VH1 simulcast: never mind. I cannot go back to SD now!)

But Drag Race doesn’t need 30 extra minutes, it just needs RuPaul to explain. That’s so simple and it’s just nonsensical to leave it out. And doing that would not undermine the “My show. My rules.” thing—it’d remind us that he’s in control and we’d know his rationale.

Not giving any reason allows viewers to fill in the blanks, and of course, the only information we have comes from heavy influence of the editing. And that’s why…

The editing needs to be more coherent

Alaska seemed like the obvious winner for most of all-stars’ second season, and then melted down—the classic reality show competition contestant peaking too early and then flaming out.

Even in the finale, Alaska was struggling. Then, suddenly, she won, and it was over. What?

It’s okay to surprise—and of course, it’s absolutely wonderful if a show accurately reflects reality, which does not always play out like a perfectly crafted story. Still, the arc of a contestant is a critical part of reality TV storytelling, and now that the genre is well-established, there are certain expectations the audience has based on an edit. Drag Race seems to not defy expectations, but confound our expectations based on what previous episodes have established.

Drag Race’s edits feel more like those on Big Brother, a show that does not have the benefit of knowing the outcome of the show and the season-long arc of each contestant. Instead, its story producers and editors have to assemble a story based a few day’s worth of footage—and they also keep to a pretty rigid formula within those episodes.

Drag Race is similarly templated, even though it’s filmed long before it ever airs. This is a persnickety critique, I admit, but it’s just not excelling at crafting character arcs in the way that shows like Survivor or Top Chef do so well.

It’s even more important for all-star seasons because, as we saw during All Stars 2, several of the queens, and one PhiPhi in particular, were hyper-conscious of how they were going to appear.

In a piece about fan reaction to the finale, The Atlantic described the show this way:

“It was a typically hilarious line for Drag Race, which over eight years has joyfully deconstructed the cliches of reality TV and gender performance while also highlighting the humanity beneath the costumes.”

It has absolutely done those things. But after 10 seasons, the show has established itself more than just a mocking version of Top Model. To say Drag Race is a mere satire does the show a grave injustice. It prevents us from taking it seriously as a competition between professionals.

On their podcast, RuPaul and Michelle Visage discuss how the competition really gives real-world tests to the contestants, and gives them real, life-changing prizes. Drag Race may have some fun at the expense of reality TV conventions, but it is a legitimate competition.

But its legitimacy has been challenged, and even if those were entirely unfounded claims, the show hurts its own credibility.

On All-Stars 2, the production’s sketchy decision to have the top queens pre-select their vote for eviction meant that the producers would know who they chose to evict. As a result, they and/or Ru could send home whoever they wanted to by making that queen the winner.

Why does that matter? Just imagine if Survivor had its tribes vote to put one of their tribe members on the chopping block, and then had them compete in a challenge—a challenge that was subjective, so Jeff Probst picked the winning tribe. He’d basically be running the game, choosing who to send home based on who he said won the competition.

The audience may be small by television standards, but it is a passionate and loyal fanbase that is not naive to the show’s tricks. RuPaul has done well helping people see past gender norms—what he refers to as society’s version of The Matrix. But his show basically functions as its own Matrix, not acknowledging what’s really happening behind the scenes.

We know that the live finale has three different endings filmed, in the same way that we know the season isn’t being filmed in real-time. Pretending otherwise is oddly insulting to viewers who are otherwise so empowered by what they’re watching.

The conversations Michelle Visage has with eliminated contestants are remarkable in part because that kind of vulnerable dialogue about the competition just doesn’t happen on the show. Why can’t we see this version of Michelle along with the harsh critic?

In short: Drag Race can have absurd amounts of fun while also being serious and fair. As it goes into its second decade, Drag Race has a responsibility to its fans—especially those who will become future contestants—to take itself seriously and show some love for itself.