Survivor starts its generation war with a cyclone, choices, and an odd vote

For an episode titled “May the Best Generation Win,” it had plenty of generation-defining generalizations. By the time the challenge rolled around, host and showrunner Jeff Probst was already body-shaming the Gen X tribe as a bunch of fat asses who couldn’t fit through part of a challenge, an obstacle through which the millennials’ lithe bodies just slipped through. “A wise choice given the size of the bodies they have,” Probst said.

To its credit, Survivor acknowledged the ludicrous tribe divisions, with Probst giving the age ranges of each tribe, and then with the requisite odd-people-out on each tribe talking about how they didn’t really fit in with their generation. I am already a fan of Hannah, a millennial who is having to contend with “all of the beautiful faces of Kappa Kappa Survivor,” a wonderful description of a little gang that formed inside the millennial tribe. She and Mari are already plotting against them, though, which gives me hope.

All of the nonsense stereotyping was overwhelming, and you could practically hear the producers’ follow-up questions that asked the players to frame their answers in terms of their generation.

The current era of Survivor is one that values exposition, and makes sure that exposition is received by pounding it in with a hammer. For example, in case you may have missed the difference between a 70-piece puzzle and a 60-piece puzzle, Probst described it like this:

For the love of Survivor, please shut up, friend!

I’m not quite sure if the editing wanted to play up the annoyingness of the millennials, or if that’s just the nature of this cast, but in one three-person alliance alone.  Triforce consists of Figgy, who wants to win and find a husband this season, plus Jay and Taylor, who Jay has decided to call Tails. Why? Because “Taylor’s my boy. I call him tails ’cause he’s like my homeboy from home, like, uh, he’s one of those just guys that like yeah bro, the waves are fine, let’s go hang out.”

The tribes faced several choices, and not just whether or not to play around instead of building the shelter. (More on that later.) At the marooning scramble, they had choices between chickens and fishing gear, and the millennials went for ready-to-eat meat while the Gen Xers went for the thing that requires work. OF COURSE.

Jessica did pick up a clue during the marooning scramble, and discovered she holds the brand-new “Legacy Advantage,” which is a day-36 advantage that can never leave the game. If she’s voted out, she wills it to someone—during her exit confessional—and then producers give it to that person, and so on until day 36.

That advantage did not help her during the storm, however; she got sand in her eye, and it caused an infection that spread to her other eye. Jessica’s eyes were so red they made Jeff Probst’s shirt look white at Tribal Council. (The white shirt was oddly jarring—it’s just so unexpected!).

At the immunity challenge—which was held under clear blue skies but still had blustery wind from the previous day’s storm—the tribes had three possible shortcuts. Each one, though, increased the size of their puzzle. It was a fascinating choice: make up time now and add time later. Ultimately, I’m not sure how much that actually affected the outcome, because it seemed to come down to puzzle skill rather than puzzle pieces, but it was still a nice variation.

Meanwhile, there were some questionable game play choices, too. David freaked out repeatedly, whether it was from the sound of chopping wood, a possible idol hunt, and next week, I assume, the sunrise: OH SHIT A BIG BURNING BALL OF FIRE IS ON THE OCEAN WE’RE ALL GONNA oh what it’s the sun okay.

David insisted he is terrible at and/or uninterested in everything about the survival aspect of Survivor, but said he’s here because he loves the game. Yet even as a student of the game, he fell into that oh-so-familiar trap of freaking out over nothing. Literally, he saw Ken and Paul and insisted everyone go ambush them to reveal the hidden immunity idol they found and was visible in one of their hands (it was not an idol). Later, David went on such an obvious idol hunt that he could have literally shouted, I’m looking for a hidden immunity idol! and it would have been less suspicious.

By the time they showed up at Tribal Council, though, the Gen X tribe’s apparent plan to split votes between David, the loose cannon, and Rachel, the who failed at the puzzle, had collapsed. Rachel was voted out, but inexplicably, about half the tribe voted for CeCe.

To recap: the white guy throwing red flags everywhere was safe, and two women of color were targeted, and for one of them, there was no reason given to viewers.

The night-one storms were intense, even by Survivor standards, and still generated sympathy for the suffering millennial tribe, even though the editing showed them frolicking in the waves instead of making a better shelter.

Jeff Probst sent a loaner tarp by TreeMail™ to each of the tribes, but TreeMail™ is apparently not as efficient as the USPS, because by the time they opened it Probst was arriving by boat, heroically rescuing them—and their chickens—from an approaching cyclone. He first visited the millennial tribe, who responded with standard millennial confusion about words, with one asking if evacuation was “a bad thing.”

By the time Probst evacuated the Gen X tribe, the rain was virutally sideways. I suppose they waited to evacuate Gen X because they’re old and expendable, and let the millennials evcaute first, because the children are our future.

They were evacuated to base camp, presumably a hotel or other solid structure, though they were not given anything—literally. Jeff Probst told Dalton Ross:

“We put each tribe in a separate room with absolutely nothing in it. No food, no blankets, no pillows, nothing. They were monitored by producers the entire night. And, to their credit, they did not talk or try to form alliances.”

“Absolutely nothing” makes me think they didn’t have toilets, either, so I’m imagining them writing their tribe names in feces on the wall by the time morning rolled around.

Another fun behind-the-scenes detail from Probst came on Twitter during the episode, and then he elaborated in his Q&A: the shot of the Gen X shelter being destroyed by a tree was captured by a locked-off GoPro camera that was left there all night. Probst gives himself credit for the idea, but also gives credit to POV camera operator Andrew Metz, who wired the camera and attached an extended cell phone battery to it so that it kept filming all night long and captured that amazing image.

Another amazing image was the time-lapse footage of growing storm clouds illuminated by lightning. It’s the small details that make Survivor, and this episode definitely delivered. 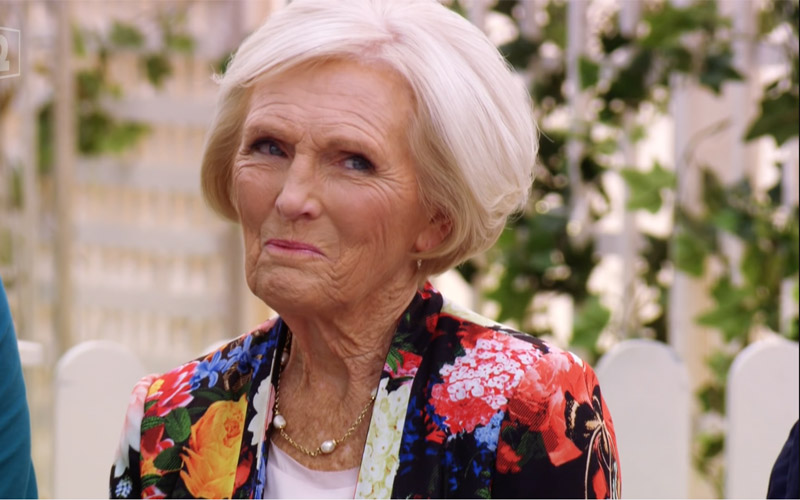 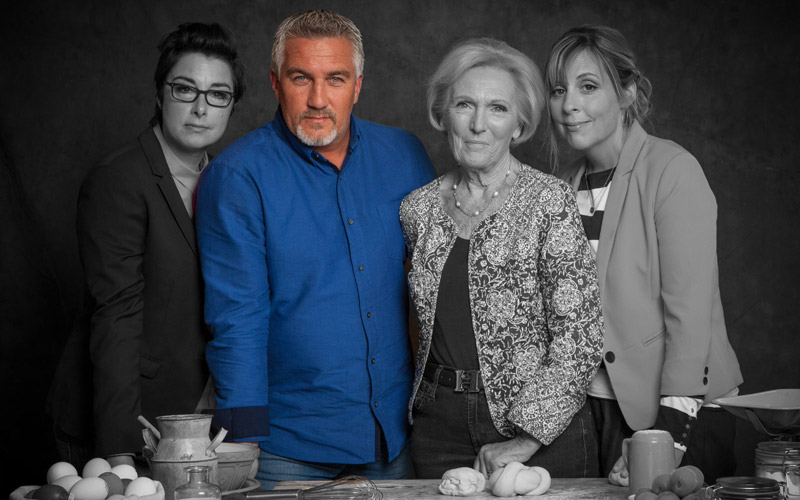 Next
Why Love Productions and Channel 4 are delusional about Bake-Off's future
Click here to cancel reply.