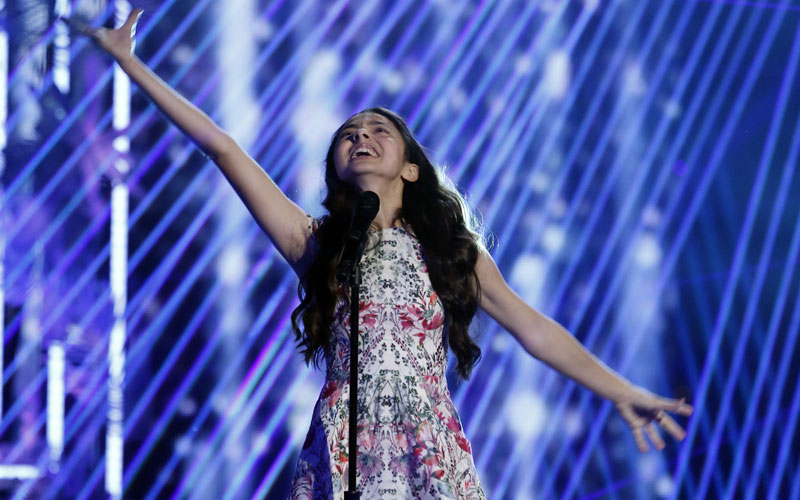 On May 31, Laura Bretan, age 13, sang opera during the America’s Got Talent season 11 auditions, which were pre-taped.

Laura received the season’s first golden buzzer press, allowing her to skip over the remaining audition episodes and go straight to the live shows. (Her audition, below, has now been watched more than 27 million times.) But she failed to receive enough audience member votes to advance after the first semifinal round, though the judges saved her. Now, she’s in the finals.

How is this allowed? First, Laura was born in the United States and lives in Chicago, so she is an American.

The America’s Got Talent rules actually do not require the person to be a citizen—they only have to be in the US legally. From the show’s FAQ:

Laura’s parents are from Romania, and her grandfather lived there, and she told The Chicago Tribune, “I did ‘Romania’s Got Talent’ for my grandfather because he wanted to see me personally on that show.” She auditioned while in Romania for his funeral in January, according to NBC Chicago.

In an interview after her semi-final performance, Laura was asked about criticism, and she said, “There are like 96 versions of the show, and there have been previous contestants that have participated in more than one Got Talent.”

Besides that, contestants from other US shows have also appeared on AGT. Laura’s fellow season 11 finalist Sal Valentinetti made it to Hollywood on American Idol 14.

I’ve asked NBC for comment and information about any rules that govern what other TV shows contestants may appear on, and I will update if I receive a response.