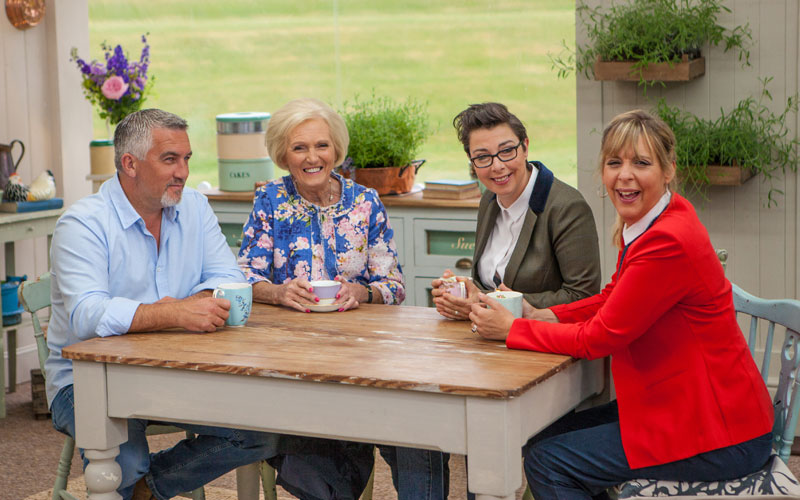 After the current season ends, The Great British Bake-Off will no longer air on the BBC, which has been its home for seven seasons. Love Productions said negotiations failed after more than a year, and it will now seek a new network home for the UK’s number-one show.

BBC News reported that “issues were both money and the development of the brand.”

Update: Shortly after the news broke, Channel 4 announced that it has picked up the show in a cheeky tweet that said, “We’re delighted to announce that we have a bun in the oven.”

In an e-mail to staff members cited by the Telegraph, Love Productions said:

“We are writing to let you all know that, with deep regret, after more than a year of exhaustive negotiations we have been unable to reach an agreement with the BBC for the renewal of The Great British Bake Off.

We feel it is very important to let you all know as soon as possible because there has been a lot of inaccurate reporting in the media about the negotiations and we want you to be aware of the main facts.

We are really saddened by this outcome because we always wanted to stay on the BBC. As recently as June we were convinced that was what would happen. This has never been about who might write the biggest cheque, but about where we can find the best home for Bake Off.”

The BBC said in a statement that this was entirely about money:

“Working with Love Productions, we have grown and nurtured the programme over seven series and created the huge hit it is today. We made a very strong offer to keep the show but we are a considerable distance apart on the money. The BBC’s resources are not infinite. GBBO is a quintessentially BBC programme. We hope Love Productions change their mind so that Bake Off can stay ad free on BBC One.”

Earlier: Reports said the series may move to ITV, the UK’s oldest commercial broadcaster. Last month, Business Insider reported that ITV “is desperate to poach the show. Knowing that talks are stalling with the BBC, it has made its feelings known to Love,” though “ITV and Love have not held formal talks about “The Great British Bake Off,” however, and sources with knowledge of the matter are still upbeat that the BBC can secure the future of the show on BBC1.