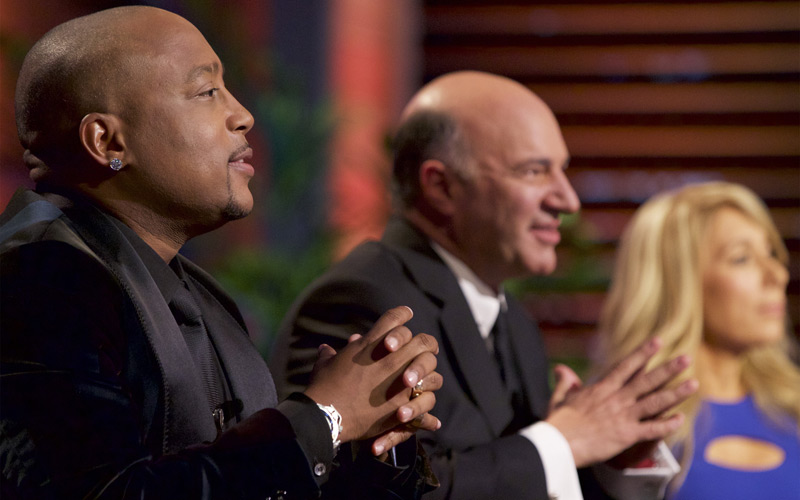 When BBC America announced the return of Dragon’s Den, I was thrilled. It was a gift of more Shark Tank-like drama in the form of its UK cousin. I haven’t really watched since Shark Tank came on the air.

But the ABC adaptation, as Americanized by Mark Burnett and sherpherded by showrunner Clay Newbill, is plainly superior, and has made it difficult to watch the UK version.

It’s not Dragon’s Den’s stripped-down set and its fake elevator, nor the cheesy piles of cash that Shark Tank disposed of. It’s also not that Shark Tank’s pitches are more polished and the products are generally more interesting to me.

Dragon’s Den is a fine show, but in the same way that Food Network shows just aren’t as entertaining as The Great British Bake-Off, Dragon’s Den just isn’t as entertaining as Shark Tank. That’s so atypical—usually American television wrecks British reality shows they’re imported and adapted—that I wanted to explore why that was. So I watched more, as painful as it was at times.

1. The host interjects constantly to over-explain everything.

Seven years ago, when I first reviewed Shark Tank, I noted that it had positively changed some things from the UK version, but only now do I see how important those changes were—like doing away with the host role.

In a season 12 episode, the final dragon rejects two entrepreneurs, and host/narrator Evan Davis says, “So it’s disappointment for the duo as Peter Jones fails to give the investment opportunity his seal of approval. In the end, the Dragons struggled to see beyond the label, and branding issues came between the business and their cash.”

Yes, we know, we just watched it.

This is an impulse that drags many a good show down several quality pegs: overexplaining the obvious. We don’t need to hear a Face Off contestant say what they’re seeing when they walk into the workroom. We’ve just seen it.

Shark Tank wisely chose not to have a host, but some of the information that the host might have shared/repeated appears on-screen instead, like the specifics of the ask or of certain offers. The narrator is only heard:

That’s all we need, and thankfully, that’s all Shark Tank gives. 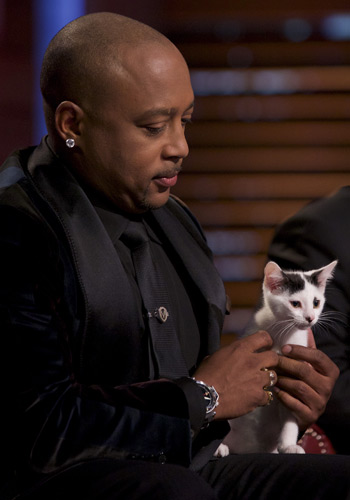 Daymond John and a cat during episode 727 of ABC’s Shark Tank. (Photo by Michael Desmond/ABC)

2. The dragons are too polite

Shark Tank has its problems, including the sharks’ increasing tendency to interrupt those who are pitching, shout over each other, and pull annoying stunts like Mark Cuban’s shot clock. But I so prefer that level of energy than the absolute lack of it.

On Dragon’s Den, the dragons mostly take turns—or their discussion is edited that way—and the pacing is impossibly slow as a result. I generally appreciate television shows that slow down and aren’t amped up for no reason (GBBO is one example; here is another), but here, the pace doesn’t fit the intensity of the negotiations.

The wonderful politeness that works so brilliantly on The Great British Bake-Off just seems absurd here. Even when a dragon is visibly confused or annoyed by something the entrepreneur is saying, they don’t interrupt. Most of the time, it means those moments evaporate, since they rarely seem to return to that particular point.

Most of all, the dragon’s feel like isolated islands, not five people inhabiting the same room. When they want to do a deal with another dragon, they pitch it at the entrepreneur, rarely talking with each other.

The cinematography contributes to this: we rarely see a full shot of the dragons and the people pitching them. Instead, there are close-ups and medium shots that cut between the dragons. It keeps everything separated.

Shark Tank has purged its tank of the boring sharks that did little, whereas Dragon’s Den feels like a den full of Kevin Harringtons.

Again, Shark Tank’s sharks can often take over to a degree that is frustrating. But I definitely prefer that over withholding energy.

3. There’s no excitement or joy.

The combination of #1 and #2 robs the series of a lot: its sense of consequence, the importance of a pitch to the entrepreneurs, the camaraderie between self-made millionaires who have to listen to absurd pitches.

But most of all, it leaves a joy vacuum. There’s just so little fun on Dragon’s Den. Everyone acts so dour and reserved. The production design, from the set to the music, mirrors that tone.

Perhaps there are moments of this outside of the half-dozen or so episodes that I’ve watched. But the overall mood of the series is not one of exhilarating anticipation. This is not a show that has artificial stakes; there is the potential for real money and actual life-changing results, as we’ve seen season after season, as certain products take off—thanks to both the product and the incredible advertising platform the show itself provides.

Shark Tank makes that leap off the screen. Dragon’s Den burrows it away, and isn’t as entertaining a show as a result.