Skip to Content
Derek Schwartz and Heather Seidel, who divorced after marrying on A&E and FYI's Married at First Sight. (Photo by Karolina Wojtasik/FYI)

Married at First Sight couple Derek Schwartz and Heather Seidel decided to get a divorce days after their honeymoon and less than two weeks into their marriage—the earliest end to a relationship in the A&E and FYI show’s four-season history. The second act of tonight’s episode concluded last week’s cliffhanger and finally ended their troubled, toxic relationship. Or did it?

The couple announced their decisions in a meeting with Pastor Calvin Roberson. Derek first mumbled his enthusiasm for continuing with the show: “I was hoping that we wouldn’t be going for a divorce at this point, and continue to try to work it out at least for the the six weeks that we discussed, so—I would prefer to stay married.”

But Heather did not.

“I’m really sorry about how things have gone,” she said. “I don’t think you’re a bad person at all. And I’m sorry that I can’t move forward with you. I cannot be married to you. And I hope that you understand that.”

The episode checked back in with them both later, briefly, and Heather said, “I’m sad that we were matched and it didn’t work.”

Will Heather and Derek reunite? 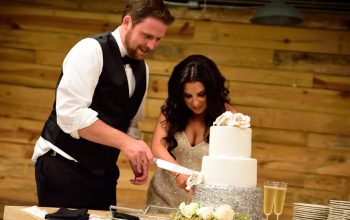 Married at First Sight’s fourth season will continue to check in on the couple, I learned from its showrunner, Sam Dean, who said “the couples are legally obliged to be filmed,” even if they’re ending their legal marriage.

But producers and the show’s new panel of experts wanted to “support these people through the decision they made” and were “committed to ensuring they felt supported and negotiated this time in a healthy way.”

That said, Dean told me “there’s still an opportunity and a question of whether or not they will get back together. Heather is completely overwhelmed—they both are, they haven’t really had a moment to themselves. What’s important is that our experts are committed to supporting them in whatever their decision is. It’s certainly disappointing that Heather doesn’t want, at the stage, to continue in her marriage or continue with the experiment. I’m not going to pretend otherwise. But we’re certainly committed to supporting her and have every respect for what the couples are going through, and ultimately, all decisions are theirs.”

While there has been a lot of conflict and tension between Heather and Derek on the show, and thus this moment won’t be a huge surprise, Dean said that they didn’t seem any different from other couples at the beginning. “They got on pretty well,” though with “reservations, which were natural.” Dean said some of what we saw on the honeymoon “is certain very common behavior for our couples.”

That’s because marrying a stranger is “such an alien experience,” she said, never mind the camera crews that follow them everywhere. “Four seasons in I’ve seen obviously couples that had a lot less attraction and in many ways more severe problems” but still “ended up falling in love.”

They left for their honeymoon on day two, and by day five “they started to expeirence their first arguments,” Dean said. “I don’t think we knew the severity of where they were at” until after the honeymoon and their first meeting with Roberson, which happened on day seven or eight. Heather’s decision came less than a week later.

Dean told me the other couples didn’t know of the divorce. “For them to tell their most authentic truth, we think it’s important for them not to have interaction with the other couples during principal filming.” Throughout all four seasons of MAFS, the production has worked to “keep the stories completely independent, and we ask the producers not to reveal any details or even reveal who the other couples are.”

Two weeks in to a six-week production and one couple out, Dean said “we made a decision that we would either spend more time on the other couple’s stories” but “we didn’t know exactly whether or not Heather and Derek were going to get back together. Our intention was to see what was going to happen in this six-week process.”

Without saying whether or not the couples ultimately decide to stay together at the end of the six weeks and Married at First Sight season, Dean did say that “thankfully, the other couples complete the experiment.”