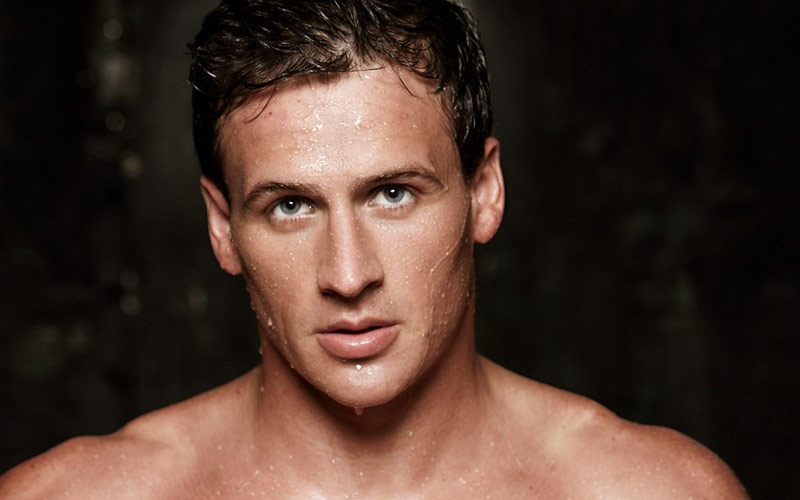 Ryan Lochte, Olympic gold medalist and star of E!'s What Would Ryan Lochte Do?

The reality TV equivalent of kicking someone while they’re down will air Friday night on Esquire Network, which is rebroadcasting the one-season reality show What Would Ryan Lochte Do?. There are eight half-hour episodes, and the four-hour block will begin at 6 p.m. ET.

The 2013 series aired on E! and relentlessly mocked its subject with its editing of his interviews and behavior. (Read my review.)

Lochte is currently in the news not for winning his 12th medal, which tied him with Natalie Coughlin, Jenny Thompson, and Dara Torres for having the second-most Olympic medals. (In first place is Michael Phelps.)

Instead, he’s making headlines for reporting an armed robbery in Brazil, only to have his story fall apart as evidence emerged. As The New York Times details with evidence:

“[Four] American swimmers claimed they were held up at gunpoint while taking a late-night taxi during the Rio Games, but Brazilian investigators said video evidence and witnesses showed that the swimmers had fabricated their account.”

Instead of being robbed, one or more of the swimmers appear to have vandalized a gas station and then gotten into a fight with security guards there. As CNN reported, citing a Brazilian police chief,

“While all of the athletes may have played a role in the vandalism, the principal troublemaker was 32-year-old Lochte, winner of six Olympic gold medals, who got into an angry, drunken confrontation with security guards.”

Esquire has taken advantage of the trending #LochteGate interest and turned it into a television marathon, and the network even mocks Lochte in its press release:

“What is going on with #LochteGate?! Who the hell knows! But now, Esquire Network will help put the pieces together by re-airing What Would Ryan Lochte Do? […] The series attempts to answer the age-old-question of ‘What Would Ryan Lochte Do?’ when it comes to dating, training, fashion design, and when asked to define his trademark slogan, ‘JEAH!’ Peppered throughout the show are also those unpredictable, unfiltered and delightfully uninhibited ‘Lochteisms’ for which he has already become legend. For example, on his regular swimming ritual: ‘I always pee in the pool … doesn’t everyone?'”

That was one of the less-dumb things he said, too. And they even extended to his publicity tour for the series.

When Ryan was promoting the first season, his answers alone left left one TV news anchor in tears while the other said, “Seriously, how are they going to get enough material?”