The Netflix series Making a Murderer has won the Television Critics Association award for outstanding achievement in reality television.

Among the shows it beat were E!’s I Am Cait, PBS’ broadcast of The Great British Baking Show, and CBS’ Survivor Cambodia: Second Chance.

Making a Murderer directors and producers Laura Ricciardi and Moira Demos accepted the award. Demos spoke and started by acknowledging “the incredible other nominees in this category—such a range of stories about human beings in different situations, and it’s just an exciting time to be a storyteller, clearly.” She pointed out that, when she and Ricciardi were in Wisconsin more than 10 years ago following Steven Avery’s story, “it did not cross our mind that we would ever be on this stage.” 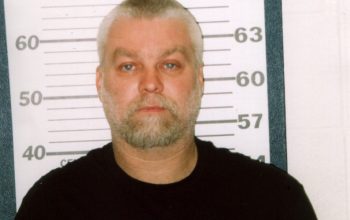 Review: Making a Murderer shocks with its portrayal of ‘human failing’

She said that, “in nonfiction storytelling, you don’t have a story unless someone’s willing to share it with you. These were people in extraordinary circumstances who trusted us and trusted that we would take their story and bring it to the world.”

Making a Murderer was also nominated as Program of the Year, but lost to a fictional account of a real-life murder: FX’s The People vs. OJ Simpson: American Crime Story, which was accepted by Ryan Murphy and ended with Cuba Gooding, Jr., rushing the mic, calling TV critics and/or the crowd “motherfuckers,” and then being pulled away by people from the series.

This is the sixth time the reality TV award has been presented, and it has gone to a different show each year. Last year’s winner was Starz’s The Chair; The Jinx also won in the movies, miniseries and specials category.

The award was presented Saturday night at The Beverly Hilton in Beverly Hills, Calif., in a private ceremony hosted by Jane the Virgin cast member Jaime Camil. The 220+ members of the TCA, including me, vote for the nominees and winners.

In a press release announcing all of the TCA Award winners, TCA president Amber Dowling noted that there were “an unprecedented amount of female winners this year, which is a testament to both the talented actresses who were honored tonight, as well as to the growing number of high-quality roles being created for and by women. It’s extremely encouraging to see this growing trend being embraced, accepted, and expanded upon, and I look forward to seeing even more of it in the future.”

All of the nominees and winners (in bold) in all categories were: