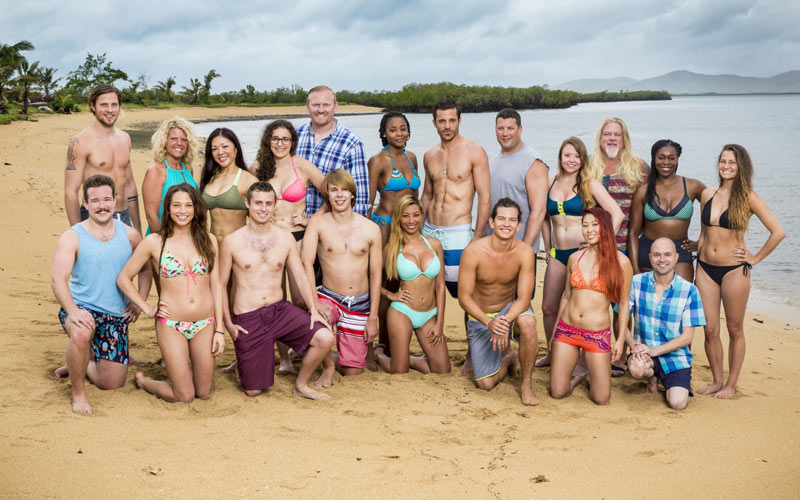 The 20 people competing on this fall’s Survivor Millennials vs. Gen X have been announced by CBS, which says that “[e]ach group of 10 castaways possesses similar characteristics that represent their generation and help unify their tribe.”

Of course, this is another ludicrous tribe division. There’s a person on the millennials tribe who’s 31, and a person on the Gen X tribe who’s 33. Pew Research’s definition says that Gen Xers are currently those ages 36 to 51, and millennials are 18 to 35, which seems very generous, especially since the book that gave the generation its name was focused on people born in the late 1950s and throughout the 1960s.

But tighten your seatbelts, because this theme is happening.

More important is how it will play out on television. In the cast introduction video, host and showrunner Jeff Probst says that the twist came out of “our desire to want to see younger people play”—as if that was a problem. And perhaps it was, for Probst or the network, but it certainly was not a problem creatively.

One of Survivor’s strengths is its broader age range. It’s like someone looked at this data and freaked out about it in the wrong direction:

Probst also says this in the video:

“I like the idea of the millennials taking on, sort of, the incumbent. Gen X sits here strong, saying, We built the world and then the millennials say, Yes, and we’re changing it.”

What? The Survivor world? The actual world? What in the what?

If that’s not frustrating enough, CBS’ press release previewed the storylines and stereotypes we’ll undoubtedly be subject to:

“Millennials, the largest living generational group and most diverse in U.S. history (source: PewResearch.org and U.S. Census Bureau), grew up in a time of rapid change and are often described as having priorities that are vastly different from previous generations. How will this group fare without technology on the island? Will they opt for shortcuts in challenges or go the distance? Generation X forms the bridge between the Baby Boomers and the Millennials and has been collectively labeled as hard-working and independent people. Will they be able to find some commonalities with the younger castaways or stick to their own group? Will their differences and preconceived beliefs be too much to overcome?”

These are fascinating questions. After all, this is the very first season of Survivor to be played now that there are mobile phones, laptop computers, and social media. And sure, the Gen Xers won’t have access to a fax machine, so I’m not sure how they’ll strategize, but they should be able to pound out some papyrus or something. The merge should be interesting; with a gap of two or more years between some of the opposite tribe members, communication will be virtually impossible, like a cat trying to talk to a baby.

The cast of Survivor Millennials vs. Gen X

The cast is below, identified by their CBS-crafted professions and followed by the video during which the cast members are asked to act and do stupid things to generate some B-roll footage, which thankfully only stays online rather than becoming part of the premiere like on Big Brother.