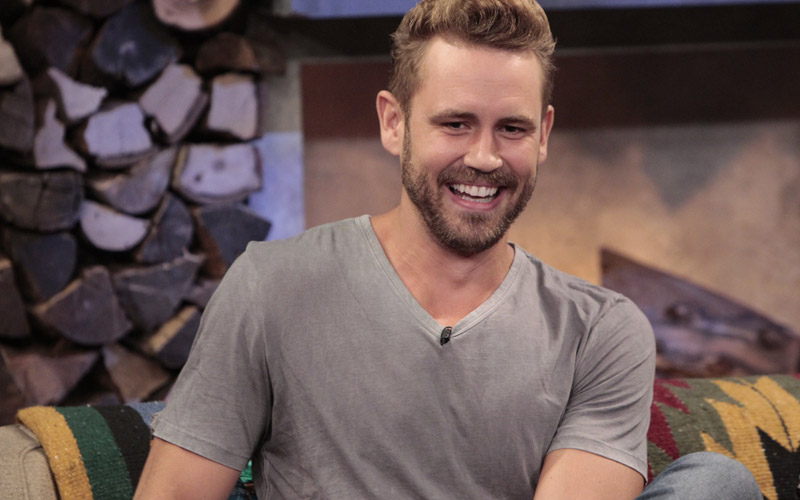 New The Bachelor season 21 star Nick Viall on the Aug. 23 episode of Bachelor in Paradise. (Photo by (Rick Rowell/ABC)

The new star of The Bachelor season 21 has been announced, and it is yet another white man: Nick Viall, who has appeared on The Bachelorette twice and is currently on Bachelor in Paradise.

Nick, 34, has been twice rejected at the end of The Bachelorette’s 10th and 11th season, and lost yet again to the same man, Josh, during this season of Bachelor in Paradise. He’s also responsible for surprising Andi by revealing, live, that they’d had sex, an act that led to a wave of slut-shaming from some in the media and the show’s warm and loving fan community.

Perhaps the biggest change is that the star of the next Bachelor isn’t coming from the just-concluded season of The Bachelorette, because he was on last summer’s season, but instead is a current cast member on Bachelor in Paradise.

The announcement was made on the insufferable, low-rated Bachelor in Paradise after-show “After Paradise” last night, instead of on show creator Mike Fleiss’ Twitter account, where he’d promised to reveal the name once he got 100,000 followers and/or maybe after the Olympics. He has just over 70,000 as of this morning, probably a lot more than he would have had if he hadn’t tried this stunt.

That ABC and Warner Horizon Television did not make history by choosing a black bachelor, or someone who’d represent some form of inclusion, is not a surprise. While now-fired ABC president Paul Lee basically promised a non-white Bachelorette was coming, he got fired and then the show dropped its planned non-white Bachelorette.

ABC’s new president Channing Dungey agrees that The Bachelor franchise needs to make “some changes,” she thinks they “we need to increase the pool of diverse candidates in the beginning,” so that there will be more options for the next Bachelor or Bachelorette.

So we’ll see if Nick’s dating pool is considerably more diverse than usual, or if fear of Bachelor Nation fleeing will keep things as white as baby powder on Nick.