Every four years, Americans gather around their television sets, and unite: in our pride and appreciation for the talent and effort of our athletes; in our celebration of being part of a global event and community; and in our loathing of NBC’s coverage of the Olympic games. Yes, that’s the one thing we can agree on, besides Tonga’s flag bearer.

This year, NBC started things off by not airing the opening ceremony live. It was tape delayed, allowing the network to edit the footage, and apparently they spent all of that time inserting more ads. (The number of breaks .) The west coast didn’t get to watch live, either.

Why is that? In July, after a press event, Philly.com’s Jonathan Tannenwald compiled all of NBC executives’ reasons together in one story. It’s worth a read. But let’s look a few key points.

First, NBC Olympics producer Jim Bell offered a reasonable explanation for the airing it in prime-time, not earlier and live (i.e. 4 p.m. on the west coast). Prime time, he said,

“…will be curated and will air one hour after they occur, as will take place with us on NBC broadcast network as well. We think it’s important to give the context to the show. These Opening Ceremonies will be a celebration of Brazilian culture, of Rio, of the pageantry, of the excitement, of the flair that this beautiful nation has. We think it’s important that we’re able to put that in context for the viewer so that it’s not just a flash of color.”

I’m not quite sure why it’s not possible to give context live—doesn’t that usually happen all the time in live coverage of sporting events?—and this sounds a little patronizing.

It’s especially patronizing when you think about the actual “context” that we get, which is insipid and incessant chatter from Matt Lauer that sounds like he’s reading bullet points off a piece of paper torn out of a kindergartner’s coloring book.

But the really egregious comment came from the chief marketing officer for NBC’s Olympics coverage, John Miller. First, he started by reiterating this idea of having to see things in context:

“The Opening Ceremonies, to a large degree, are sort of in two parts. There’s a show, and when you see the show and how the show is put together, you want to make sure it’s a good show. Then the rest of it is sort of the countries walking in, and the flag coming in, and the torches and the speeches. But when the torch gets lit, is it essential to see that live, or is it essential to see that in context?”

I’ll vote for live, because I have no idea what context there needs to be for the flame being lit other than, you know, the opening ceremony. I mean, showing it in the middle of Running Wild with Bear Grylls might be funny, but that’s the wrong context for sure.

“The people who watch the Olympics are not particularly sports fans. More women watch the Games than men, and for the women, they’re less interested in the result and more interested in the journey. It’s sort of like the ultimate reality show and mini-series wrapped into one. And to tell the truth, it has been the complaint of a few sports writers. It has not been the complaint of the vast viewing public.”

First, I’ll concede that he knows his audience best, demographically and otherwise. It certainly makes sense that the Olympics have a broader audience. It’s also fine to focus on storytelling and provide background information—the biographies and mini-documentaries that air throughout the Olympics may annoy some people, but introduce athletes to many of us, and also help to give weight to what we’re about to see. There definitely is some overlap with how reality television programs are constructed there. 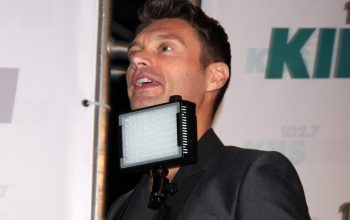 Ryan Seacrest will host late-night Olympics, because it went so well last time

But what “journey” is involved in the opening ceremony besides a performance followed by athletes walking in the door? And what journey did Miller go on to reach the sexist conclusion that women are “less interested in the result and more interested in the journey”? This is very close to saying women don’t like sports so we’ll give them a version they can handle.

And what is that version? Oh, it’s a reality show! Instead of showing us the live feeds, NBC wants to give us an edited version we’ll be able to understand because of all the context they’ll provide. But even there, they failed. What they actually delivered was the opposite: a ceremony that started with a self-serving, time-wasting 30 minutes, followed by lightweight commentary about everything from the Olympians themselves, to the problems in Rio, to the significant history and current issues the opening ceremony itself covered. And the initial performance—with its incredible projection mapping—was captured with camera angles that often shifted away from the best view of the spectacle.

If you’re going to aspire to be a reality show, at least be a good one. Thankfully, what the Olympics delivers is usually strong enough to shine through even the most aggravating coverage decisions, as it was during Rio’s strong opening ceremony.