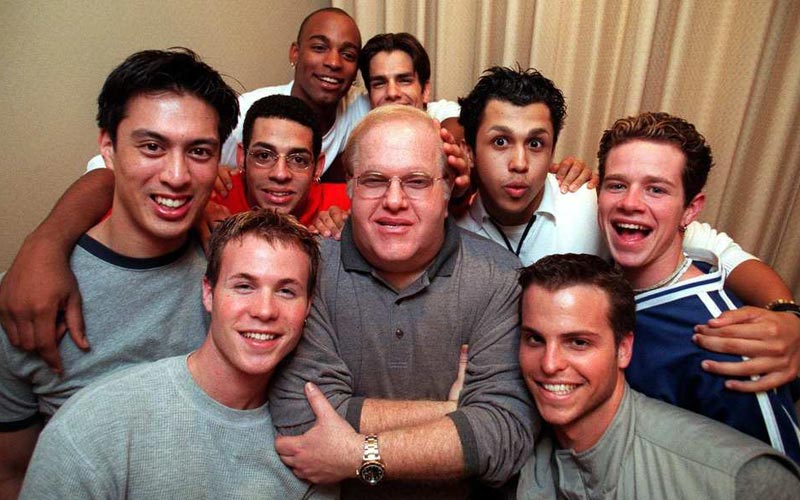 Lou Pearlman and the eight finalists on ABC's Making the Band, five of whom eventually formed O-Town.

Before Survivor and Big Brother, there was ABC’s Making the Band, the first modern reality series to air on a broadcast network. On its first season, NSYNC and Backstreet Boys creator and manager Lou Pearlman put together O-Town, a five-person boy band chosen from a group of eight finalists.

On Friday, Lou Pearlman died in prison at 62. He was serving 25 years for defrauding people as part of a $300 million Ponzi scheme. The Orlando Sentinel reports that the cause of death is not yet known. In 2010, he had a stroke in prison.

A 2007 Vanity Fair profile revealed that Pearlman requested sex from a 20-year-old assistant in exchange for a spot in O-Town. In a 2009 Billboard interview from prison, Pearlman denied those charges. “Nobody who I’ve made a success has ever accused me of anything negative like that. The Vanity Fair piece interviewed only people that had a grudge,” he said.

Billboard noted that all but one of the groups Pearlman created sued him for fraud, having never benefitted financially from their success.

Pearlman also told Billboard, “I deeply regret what happened. And I’ll be back.”