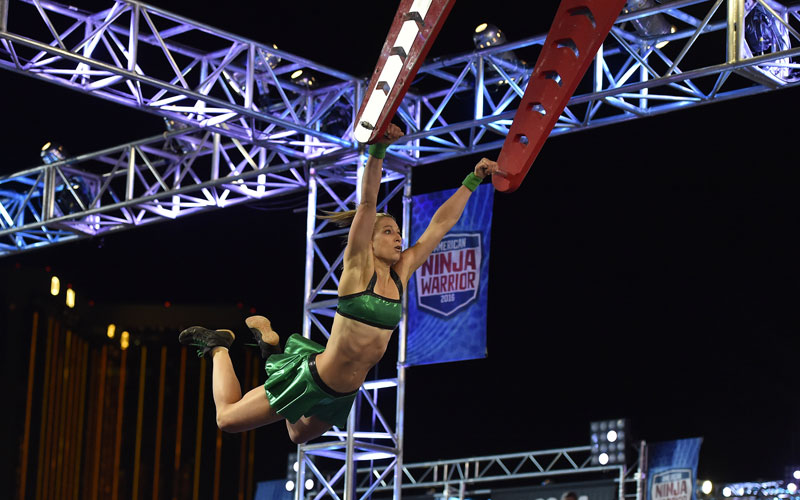 During the first night of American Ninja Warrior finals, Jessie Graff completed stage one of Mt. Midoriyama, the first woman to do so in the show’s eight-year history. She completed the obstacles with 12.39 seconds remaining, making her the fourth-fastest of the eight who actually completed stage one.

“I hope it will show women that feminine is strong—that we can frequently do more than people think we can – sometimes even more than we believe ourselves, if we’re willing to work for it,” she told People.

Graff is a stunt performer who’s done work on Iron Man 2, X-Men: First Class, Supergirl, Agents of S.H.I.E.L.D., and many other TV shows and movies.

Watch Jessie’s record-breaking run through stage one and its insane obstacles: