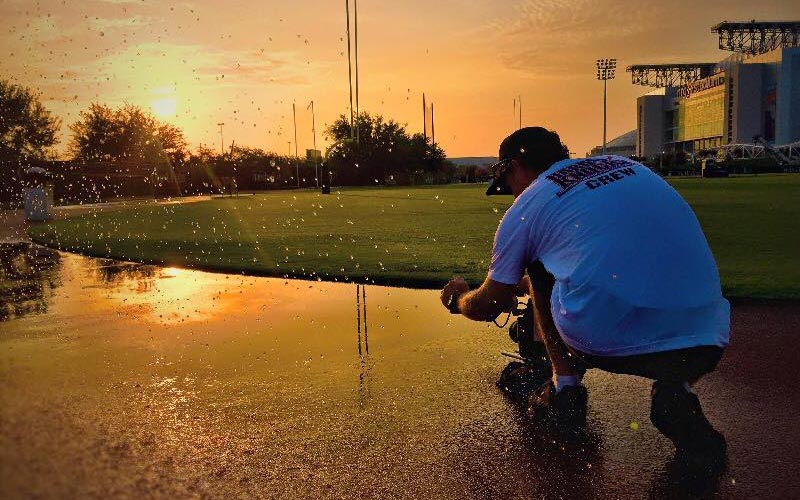 A Hard Knocks camera operator films at NRG Park during the 2015 season of the HBO show, which followed the Houston Texans. (Photo by HBO)

The Los Angeles Times reported on production of the new season, which is taking place in Los Angeles and following the Rams, and the story offers a lot of insight into how the show comes together so quickly.

Even though this is season 11, following the Rams gave the show two firsts: the first time the show has followed a number-one draft pick, quarterback Jared Goff, and also “the show has documented a franchise move—the crews captured the club’s relocation from St. Louis to Los Angeles,” according to the paper.

How Hard Knocks is filmed

Showrunner Ken Rodgers said that while the production tries to stay out of the way, they are still focused on producing the best series possible. “No. 1 [goal] is to make a great show, and No. 2 is to not distract the team,” he said.

This season, it’s going well so far, according to Rams coach Jeff Fisher told the LA Times. “It’s been an exciting process, it’s been fun,” he said. “The players are out here to help win games and to improve, not to make a movie. They’re not actors, they’re players.”

So how does the production work with the athletes and the team to produce the show? And how is it filmed? Some of the insight in the L.A. Times article: