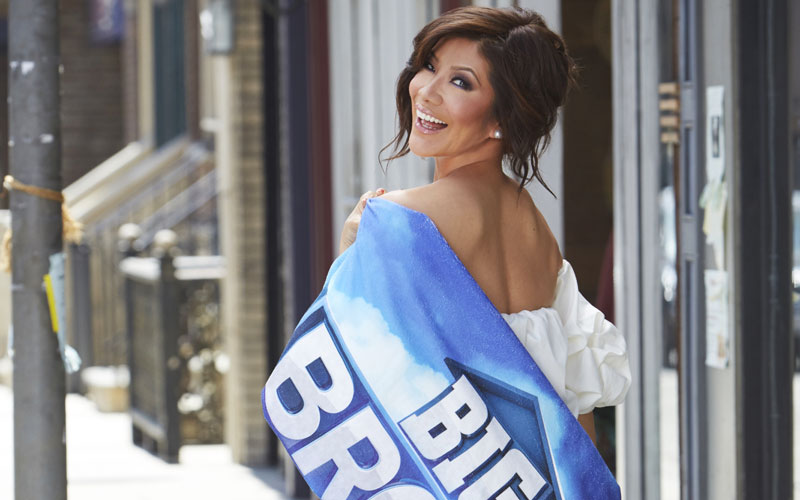 Julie Chen wraps herself in her show in a promotional shot for Big Brother 18. (Photo by Bill Inoshita/CBS)

CBS has renewed Big Brother for two more summer seasons, in addition to the fall season that will only air on CBS All Access.

That means this forthcoming fall season—which will “reimagine this format” but still be hosted by Julie Chen—will exist in its own universe.

The summer reality competition’s previous renewal was also for two seasons, through this current season.

The renewal was a no-brainer; the show is absolutely dominating the ratings this summer. Although it’s not the most-popular show—that would be America’s Got Talent followed by The Bachelorette—all three episodes are top-10 shows. Even with the Olympics last week, Big Brother still had all three of its episodes in the top 10, a remarkable achievement.

In addition, CBS’ press release says that “all three weekly broadcasts rank among the top five programs in A18-34, and the top 10 programs in A18-49 and A25-54,” and “this summer’s Big Brother is the most social series on TV, according to Nielsen Social, and total streams across digital platforms are up 33% over last year.”

Even if that social engagement consists of people complaining about this season and/or the dismal live feeds, it still counts. And disappointment has not affected television viewership, which means there’s no incentive to change anything for seasons 19 or 20—though perhaps by using new casting producers and tweaking the format this fall, the show will find its way forward.