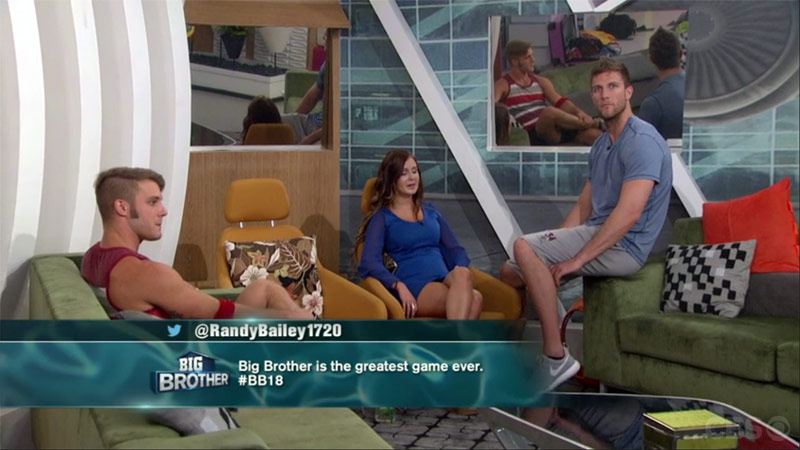 Toward the end of the episode, Randy tweeted his desire to get on television: “I must get a tweet shown live,” he wrote.

At least non-deleted 10 tweets followed, such as “This summer is going to get nuts!”, “Julie Chen rocks!!!!!!!”, and “I love Nicole!” (The deleted tweets are preserved on Reddit.)

But it was “Big Brother is the greatest game ever” that made it on television.

It made it despite this apology tweet, which immediately followed his other tweets:

“OK, sorry for all these lame tweets. The lamest tweets get on. Let’s see if it works. #BB18 These tweets will be deleted in 5 minutes.”

After his words appeared on CBS, Randy wrote, in another deleted tweet:

“OMFG….it worked….my lame ass tweet of “big brother is the greatest game ever” made the fucking show. I just shit in my pants.”