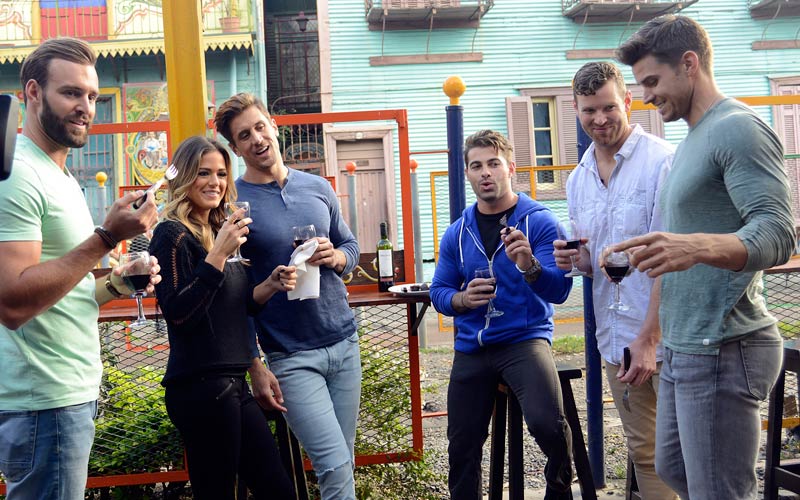 With the finale of The Bachelorette behind us something seems clear: the next Bachelor won’t be a person of color. That’s because the men who made it far in JoJo’s season were white men. The person of color to make it the farthest was Grant, who was sent home in episode five, only halfway through the season. JoJo Fletcher’s final eight men were all white, as the photo above—of five of the top six men—makes clear.

Therein is the franchise’s diversity problem, and it was identified Thursday at the Television Critics Association summer press tour by ABC’s entertainment president, Channing Dungey.

But only non-white contestant has made it to the hometown dates in recent seasons, Caila. (And as Reality Steve reported, she was set to star in The Bachelorette before being dumped for “Southern Sweetheart” JoJo.)

That means the pool of possible candidates for the next season of The Bachelor or The Bachelorette is white, and thus the continuing flood of whiteness.

Dungey talked about this very thing at TCA. Her response is perhaps even more notable because she’s the first black person to lead a broadcast network.

First, when talking about ratings and ABC’s summer shows, Dungey described The Bachelorette 12 as “an incredible season for ‘The Bachelorette,’ really, really terrific.”

But she indicated that she’d like to see the show become more diverse:

“I would very much like to see some changes there. And I think one of the biggest changes that we need to do is we need to increase the pool of diverse candidates in the beginning, because part of what ends up happening as we go along is there just aren’t as many candidates to ultimately end up in the role of the next bachelor or bachelorette. So that is something we really want to put some effort and energy towards.”

Asked if the show could just cast a black bachelor who hadn’t been on a previous season, Dungey said:

“We could. The show has been very much in a cycle where the first runner-up in one cycle becomes the person who leads the next cycle, and it’s worked very well for us because the audience feels really engaged in helping to choose that candidate. So I think what we would like to try to do is just widen the pool of choices.”

In other words, both the bachelor/bachelorette and Bachelor Nation need to have more people to choose from. (It’d also help if Mike Fleiss didn’t refer to his female cast members as interchangeable food.)

What may have undone Caila was fans’ reaction to her, calling her boring—as if the star of last season, Ben, wasn’t as exciting as a nail clipping himself. It’d be great if fans could see beyond their own responses to edited television and clamor for the show to cast someone dynamic and interesting and not white, but the show also has to give those viewers options.

As Dungey said, those options starts with casting, absolutely. But it also continues into production and most definitely editing, where producers have the power to craft how viewers will feel about the men or women on the show. Only then will there be change.