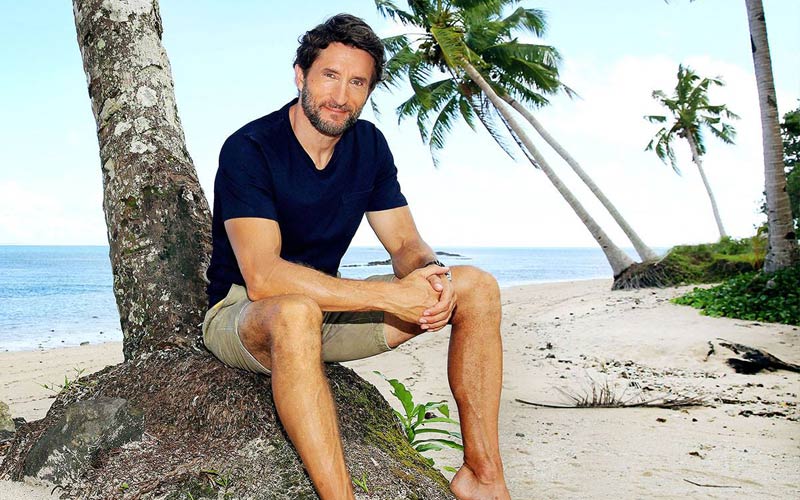 The rebooted Australian Survivor debuts next Sunday on Ten, but the network has released six minutes of the premiere—and the video is watchable even in the United States, which may be the most non-Australians can watch legally. (Watch the video below.)

The first act introduces many of the 24 contestants. While Australian Survivor has a larger cast and a smaller prize than the CBS version, the editing and production design are very reminiscent of Mark Burnett’s version on CBS. What’s here of Jonathan LaPaglia’s hosting is unassuming, like an earlier Jeff Probst with more arm veins.

It also adds some nice touches: a marooning that starts before sunrise, and reminders that there are other people living where this game will be taking place (Samoa).

Why release this preview? Basically, the network wanted to prove to fans in Australia and elsewhere that this Survivor was  worthy of the name, unlike Australia’s two previous attempts. Network Ten executive Stephen Tate told News Corp Australia Network:

[…] Even though (the Survivor) format has been produced very successfully in many countries for a long time now, it really feels like a first for us. There’s some absolutely beautiful, disarming moments that come from the naivety around a first series in the way that Australians tackle modern dilemmas—and they’re faced with them daily.”

Besides the six-minute-long preview, there are other videos available to non-Australians right now: the clips the show is posting to Facebook, which include a super-brief challenge preview that suggests Australian Survivor is using the exact same challenge field as the CBS version did during its four seasons there.

The show will air Sundays and Mondays.