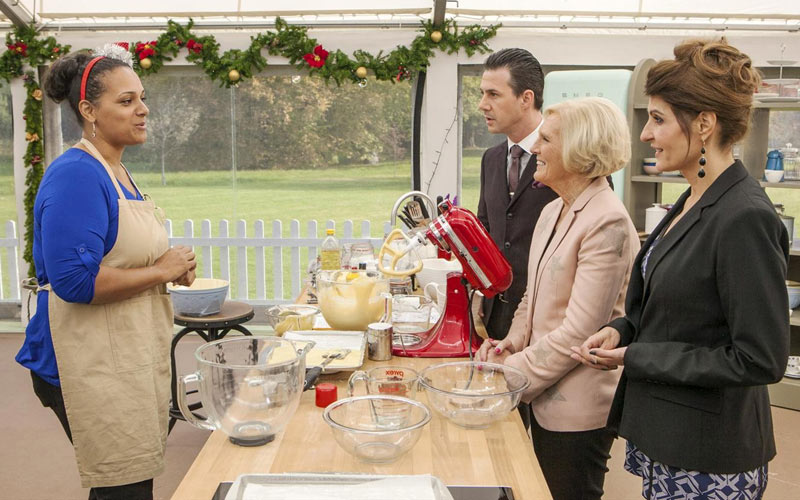 Exclusive: ABC’s version of The Great British Bake-Off will return this winter, reality blurred has learned. Its judges, Mary Berry and Johnny Iuzzini, and hosts, Nia Vardalos and Ian Gomez, have all signed on to return for an expanded season of eight episodes, which will film this fall and air in December and January.

More episodes for the baking competition also means more contestants; there were just six on season one. The show’s broadcast on ABC last winter—never mind increasing awareness of the UK version, which is currently airing on PBS—should also broaden the contestant pool.

While ABC has not yet announced the renewal, casting occurred this spring, and was focused on amateur bakers, just like the original: “We are once again looking for America’s best amateur bakers, and we want to show that bakers come in all shapes, sizes and backgrounds.”

While there will be themed episodes, the ABC series will lose its holiday theme, and thus it’s getting a new title: The Great American Baking Show.

The first season of ABC’s version had a few stumbles but mostly proved itself to be a wonderful extension of the franchise. And it did that primarily by being true to the original—there wasn’t an attempt to Americanize it or turn it into a cutthroat competition.

Season one’s finale had 4.8 million viewers, a 45 percent increase from the previous week, and a 1.1 rating among adults 18-49, a 22 percent increase week-to-week. It was the 21st most-popular show on ABC network last year, tying several other shows including The Bachelor Life and the cancelled Blood & Oil.