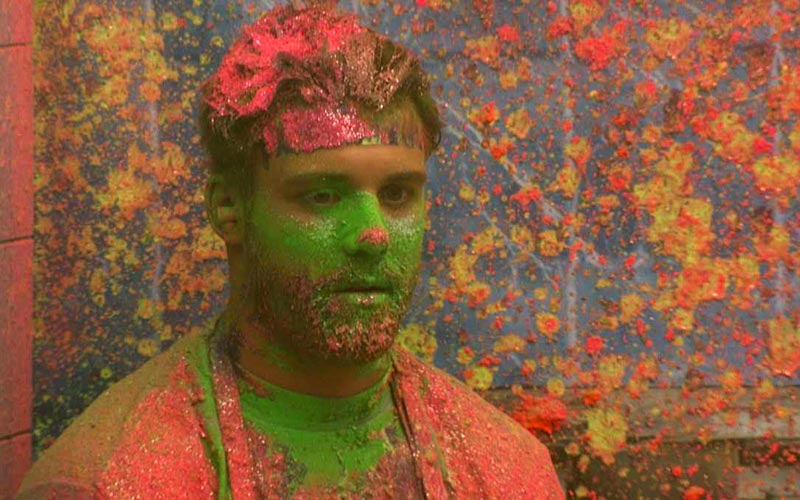 Finally, this exceptionally dull cast of Big Brother houseguests made a move—a minor one, but a move nevertheless—only to have their plan thwarted by this season’s bad game design.

Although Bronte was voted out by an anti-Frank alliance of five, in a near-blindside for her and Frank, giving immunity to teams means that Frank is once again safe for an entire week now that Paulie is head of household.

While I absolutely do not think there is some kind of conspiracy nor any attempt to rig this season or any other (accusations fans throw around far too casually sometimes), what is clear to me is that this season’s structure isn’t working, in large part because it absolutely benefits the returnees.

Individually, these new game elements aren’t bad ideas, and seemed exciting. What’s sunk them, though, was adding four returning players to the mix.

Returning players already have significant advantages, from just basic familiarity with what being on the show is like (a huge psychological advantage) to experience playing the exact same challenges. On top of that, people who are strong in challenges—i.e. Frank, whose previous season was marked by bad social game and strong challenge skills—benefit from a season where:

Let’s recap what’s happened to one returnee, Frank, so far: He’s entering his third straight week of immunity, out of four weeks total, and he’s won the Roadkill competition and nominated someone two out of three times. Playing as teams has allowed Frank not just continual immunity, but has essentially given him control, even though he hasn’t won HOH. A returning player has yet to be nominated.

Domination in a game may be frustrating but it can be wonderful frustration. Domination because the structure of the game constantly tips the scale in your favor is tiresome.

Why I’m done with this season

I’ll likely check in for the Battle Back special episode July 22, and I’ll keep monitoring the show by following the excellent Hamsterwatch and others who write about it. Perhaps it’ll turn around and pull me back in. But after tonight’s episode, I just have no interest in sitting around and watching a game where the most notable thing so far has been a man harassing women without consequence.

Every summer, I tune in to Big Brother because I believe in its potential. A social game confined to tight quarters that has challenges, plays out in real time, and promises interactivity? Yes, please!

And the show has actually delivered. I’ve watched seasons that were riveting with game play and human behavior. I’ve seen twists play out beautifully, such as in season six, and individual players demonstrate phenomenal game play, such as in season 10. I’ve laughed until I cried.

I’ve also been horrified. I’ve watched twist after twist that were really just advantages. I’ve watched the show cast and/or edit people into the same types over and over again. I’ve been baffled by the failure to take advantage of a passionate online fanbase and use the real-time nature of the show to do interesting things.

The raw, unfiltered quality of the live feeds ends up compressed into cookie-cutter episodes that don’t just compress time, but ignore both complexity and reality. As it ages, the show is heaping more and more layers of artificiality, and not just the artificial-sounding Diary Room interviews, instead of going in the opposite direction and just letting new people play this game.

Survivor experiments with its game and cast, and sometimes fails, but has always stayed tethered to its core. Big Brother is just adrift.