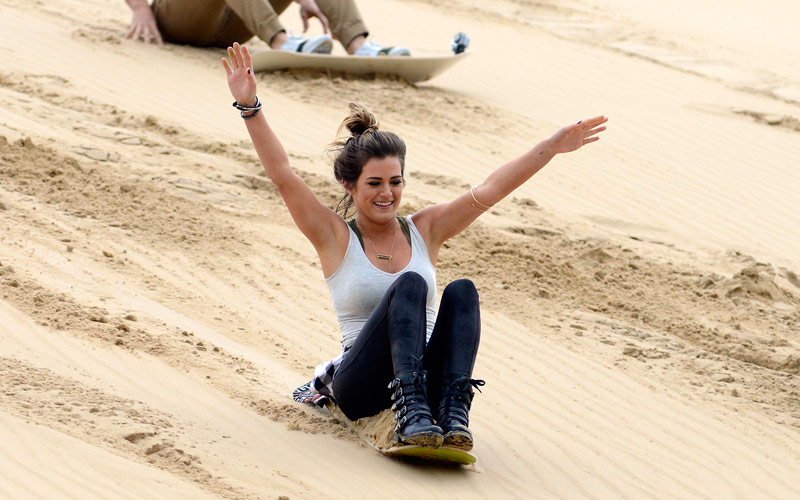 JoJo Fletcher surfs on sand dunes in Uruguay on episode five of The Bachelorette 12. (Photo by Veronica Gambini/ABC)

There may not be a lot of reality television ahead on broadcast networks this fall (nine hours out of 91), but right now reality TV shows are absolutely dominating summer television.

First, a disclaimer: there are a lot of factors that go into whether or not a show is considered successful for a network, and shows that do not show up in the top 25 may still be lucrative successes because of how they perform in their timeslots. (More about that here.)

But these numbers make it clear that unscripted programming is dominating this summer.

From July 4 to July 10, across both broadcast and cable, among viewers 18 to 49, when both fireworks presentations and Olympic trials showed up in the top 25:

A week earlier, from June 27 to July 3, across broadcast and cable and also among viewers 18 to 49:

Among viewers 18 to 49 who watched a cable show live or within three days (live+3) from June 27 to July 3, on both broadcast and cable:

And people aren’t just DVRing scripted shows and waiting to watch them. For the week of June 20 to 26, DVR ratings—which measure the number of viewers 18 to 49 that were added thanks to delayed viewing—revealed: