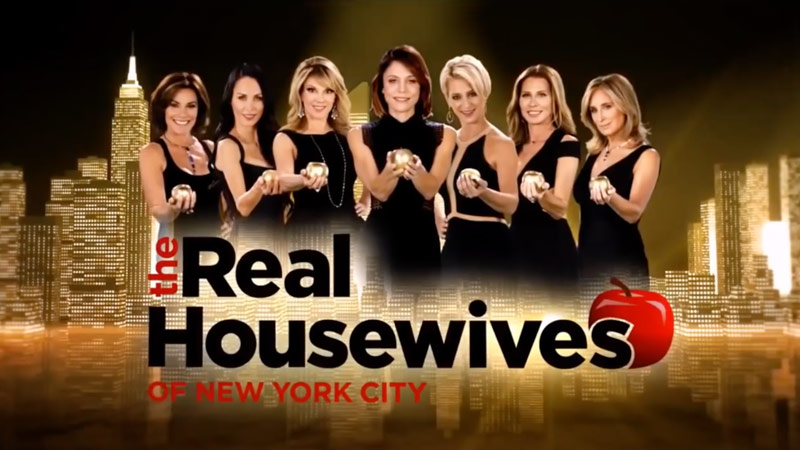 Bravo's The Real Housewives of New York City in the season 8 title sequence.

Who decides which star of each The Real Housewives season gets center billing in the show’s opening title sequence? And how do producers film that now-iconic moment with each cast member holding an emblem of their city, such as an orange (RHOC), an apple (RHONYC), or a diamond (RHOBH)?

First, Ross said that there’s lots of drama behind the scenes about who’s going to stand where, but that decision isn’t made on the day the women are filmed. Instead, producers film each woman separately, and have her pose in all three positions (holding the object in her left hand, her right hand, and both hands), so they can place her wherever they want later.

The final image is composited together in post-production, and the ultimate placement is determined based on storylines and in consultation with Bravo:

“Those [individual] shots are done in the middle of the season, in the early part of the season, so we don’t know who really deserves to be in the center until towards the end of the year. It’s a highly political decision, of course, because everybody gets offended if they’re not. But we work closely with the network at that point to figure out who was really sort of the center of the group interaction and then that person, generally, is the person who’s put in the center.”