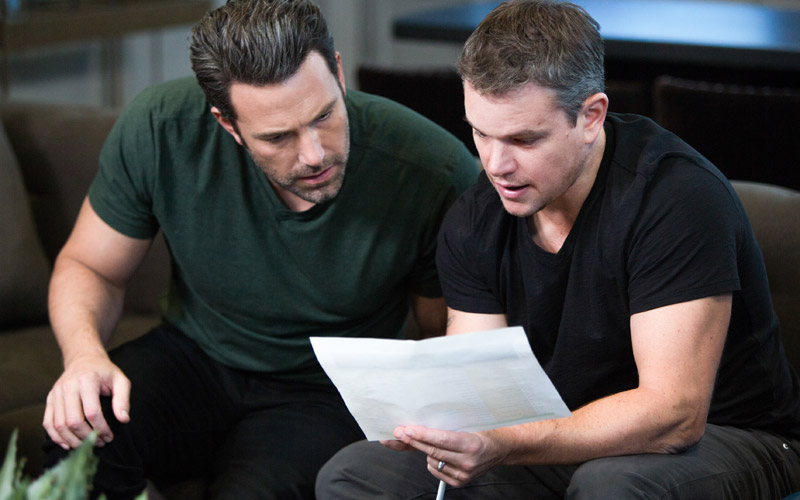 Ben Affleck, Matt Damon, and Project Greenlight are back. (Photo by Frank Masi/HBO)

The fourth season of Project Greenlight, which aired on HBO last fall, will not be followed by a fifth season, as HBO has cancelled it. However, its creators are not abandoning it, and are searching for a new home for the series.

In an interview with the AP about his new Jason Bourne movie, Matt Damon said, “I really liked it and thought that the show went great. I’m not one to question (their programming). They do such a great job. But we have to take it out again.”

Where might it end up? Perhaps Netflix or Amazon. “There are places where I think we could do really well,” Damon said.

HBO confirmed the cancellation, saying in a statement:

“When we picked up a new season in 2014, we imagined a one season revival and decided in early 2016 another season did not make sense for us. We are proud of the show and were pleased with its run throughout the years.”

Season four was about as much of a disaster as the HBO movie it produced: It started with Matt Damon’s offensive mansplaining, and went on to air an episode with a racist title. While there was a lot of entertainment in watching the director’s ego come into contact with reality, ultimately, the series missed opportunities and ended up as a cartoonish version of its former self.